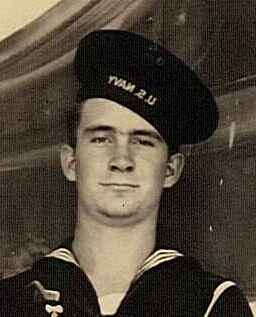 Albert Clinton ìBillî Ballard, 85, of Zirconia passed away Sunday, October 7, 2012 at Elizabeth House. A native and lifelong resident of Henderson County, he was a son of the late Reuben Thompson and Maybelle Thompson Ballard. He was also preceded in death by six brothers, Robert ìHappyî, John, Fralow, Wilkie, Clyde, and Edward Ballard; three sisters, Charlotte B. Moore, Ophelia B. Quinn, and Carolyn B. Cooley.

He worked with J. P Stevens, retiring in 1988, and also worked as a caretaker and farmer. He was a Navy veteran of WWII, serving aboard the USS Magoffin from 1944 through 1946. He was of the Baptist faith.

To Audrey & the Ballard Family, Praying for comfort & healing during your difficult time. May you cherish the precious memories made with your dad.

Aunt Kathleen, Ann and Audrey please know that Uncle Bill will be truly missed. He always had a smile for those around him. Sweet memories of picking his grapes will always be in my heart. Love to all of you

I have been struggling with what to write about my great-uncle Bill, because there are so many wonderful things that I remember about him. The #1 thing that I hold dear to my heart is that he reminded me SO much of my pawpaw. He was a very kind, free-sprited man that always gave what he had to others. When I was a little girl, he gave me 4 silver dollars on Audrey’s wedding day and told me that he loved me and that he wanted me to have those silver dollars to show his appreciation for being in his daughters wedding. I still have those same silver dollars today. I will deeply miss his smile, his kindness and his devotion the God.

Our prayers are with the family in this time of loss.

The memory of the just is blessed…(Proverbs 10:7 KJV)

Love and sympathy to the family. Audrey was just like

one of ours for years. Much

love to the whole family.

Bill was a very special person. My prayers are with Kathleen and the family.

I will miss Uncle Bill his kindness he always showed to me will never be forgotten. He is one of the ones to me of the greatest generation and I have been blessed to call him my Uncle.

Please know that we are praying for each of the family in the time of sadness. Bill was a friend to all who knew him. God Bless.

Not just my father in law, but also like a father…I always respected and looked up to…I enjoyed the talks and also the warnings (lovingly) to never hurt his daughter….A hard working man, who loved his family and sacrificed in order that they may have whatever they needed….I will miss Dad #2

May you have the peace of God near during the passing of Bill, your husband and Father. We have been praying for you.