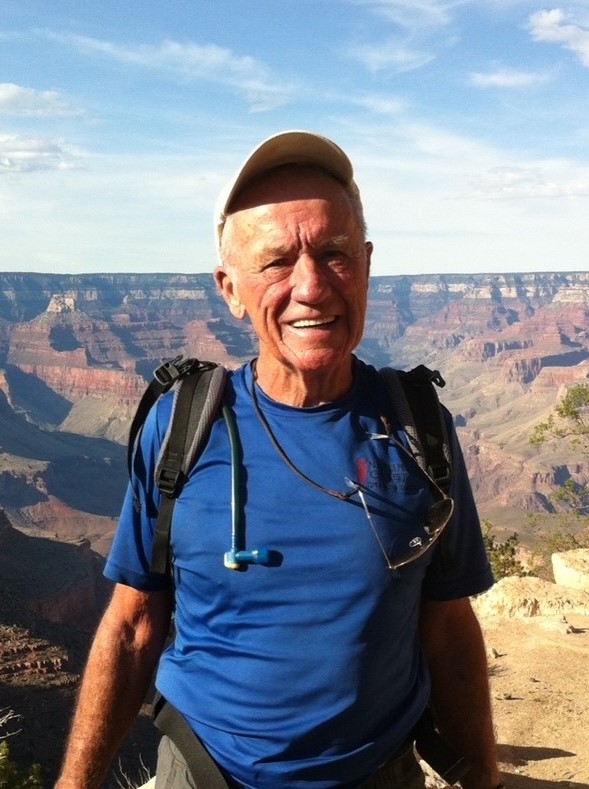 Allen W. Blankinship, 91, of Hendersonville, NC (formerly from Concord MA, and Lady Lakes FL) passed away surrounded by his family on December 3, 2022.

Al was born and raised in Belmont, MA to Arthur and Lila Blankinship. After high school, he attended Norwich University in Northfield, VT and graduated with the class of 1954 as a Civil Engineer. Soon after graduation, he was commissioned as a 2nd Lieutenant in the United States Army and sent off to Ft Belvoir, VA where he mastered the art of flying Bell H-13 helicopters and the de Havilland Beavers and Otters. His flying skills earned him time abroad in the Middle East putting his map-making skills to use.

While Al was stationed at the Stockton, CA Army Airfield, he met his soon-to-be wife Sandra Wright (Avey). Al and Sandy had 3 children Michael, Kelly, and Susan.  The Blankinship family had many adventures while living in Woodland, CA including trips to the Sierra Nevada to play in the snow, building foxholes in the backyard, and raising ducks.

The family moved to Bedford and then Acton, MA where the kids finished high school.  Al and Sandy enjoyed watching the kids participate in various sports including figure skating, softball, gymnastics, basketball, ice and field hockey, and even brought them to Mt. Watatic and Mt. Sunapee to teach them the finer points of skiing and where to get the best hot chocolate.  The family enjoyed many fun camping trips including to the coast of Maine, Prince Edward Island, and Nova Scotia.  As an avid runner, Al’s endurance was legendary as he completed dozens of 10K races and 4 marathons.  An active Appalachian Mountain Club member, Al was fond of trips up to Mt. Washington and Tuckerman’s Ravine and built and repaired dozens of trails throughout the AMC trail system. Al loved to golf and a hole-in-one at the Stow Away Country Club on his 60th birthday proved his smooth swing was legit.  Al’s vast interests also included cooking, the Boston Symphony Orchestra, and he volunteered for many years for the Little Brothers – Friends of the Elderly.

After a long and successful career in both the public and private sectors as a construction project manager, Al retired from the Bank of Boston (now Bank of America) in 1996.  Shortly after, he relocated to Florida and embarked on adventures galore that took him to many fine Florida golf courses, to Europe, and across the US.  He combined his favorite forms of travel, his bike, and his VW Vanagon, to crisscross the US from the Rockies and across the Continental Divide, up and down the Withlacoochee Trail, and many points in between.

A private service is being held at the Bushnell National Cemetery in Bushnell Florida on January 13, 2023. In lieu of flowers, the family requests donations be made to the Wounded Warriors Project.

We all lost a fine Norwich man. He lived our NU values of serving America, his family and his community. May he now Rest in Peace. Our thoughts are with his family, friends, and Norwich Buddies. M Rich Schneider, Norwich President Emeritus