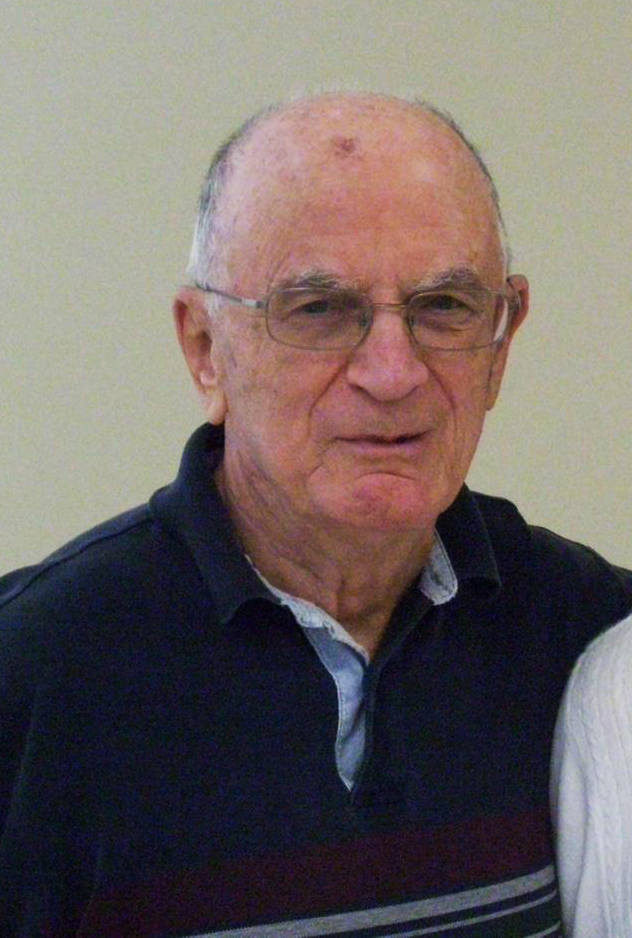 Benjamin Solomon Eaton, 78, met his Savior on Friday, October 17, 2014, following a brief battle with cancer. Ben was born in Tarboro, NC and was raised in Kennedy Baptist Childrenís Home in Kinston, NC. He is now with his Heavenly Father, having lived most of his life without a father.

Ben graduated from Bob Jones University and enlisted in the US Air Force. Together with his wife Martha, they lived many places including their favorite, Alaska. They then settled in Hendersonville. Ben taught school for years at Tuxedo Elementary and Faith Christian Day, also coaching basketball, soccer, and cross country. He retired from Wilsonart.

Ben loved sports and was an avid Duke Fan. He began to run competitively at the age of forty, completing 4 marathons and many shorter races. In his later years, he enjoyed walking the Glassy Mountain at Carl Sandburg estate.

Ben loved food, talking, people and making friends wherever he went. All who knew him will also remember his humor, even to the very end.

Ben is preceded in death by his parents, Walter Solomon Eaton and Ruth Griffin Eaton, a sister Ann Eaton Renn, as well as numerous half brothers and sisters.

Ben wrote in a courtship letter to Martha that the call of his life was soul-winning, so his last wish would be that everyone reading this join him in Heaven.

A funeral service will be at 2:00 pm Monday, October 20, 2014 at Grace Baptist Church in East Flat Rock, NC. Burial will follow at Forest Lawn Memorial Park. The family will receive friends from noon-2pm Monday at the church.

I did not personally know Benjamin . However I to am part of the Kennedy Home Family. So I feel a closeness with him. Sorry for your loss. But am rejoicing that he lived serving our Lord. Benjamin is happy and in no pain. Never again. Just happy and praising/worshipping with the angels . I am praying for you , his family, that God touch your hearts . Comfort you and send you peace now and for the days ahead when you think of and miss Benjamin. Love to you.

We were so sorry to hear of your dad’s passing. I know you all loved him very much and he will be missed. Thank the Lord that he touched many lives and he has such a wonderful loving family. May God Bless Each of you. The Govers

I remember coming to visit Uncle Ben when i was younger with my Dad Grover. And I got to ride a Horse for the first time. We will see you again in Heaven .

Martha and family so sorry to hear on Ben’s passing, he will surely will be miss by us all, our prayers are with you and your family, I hate I miss the funeral, I had a Doctor’s appointment and couldn’t go, he always talk about his family when walking at Sanburg’s and how much he Loved you all, your much in prayer, Lynn Pace!

I was so saddened to hear the news about your father. I know what it’s like for you at this difficult time. If I can do anything for you, please call. Godís speed to you all. Roney

Martha and family sorry to hear of Bens passing.We lived next door to you all for many years and i still remember my mom babysitting your kids some when they were young.Becky and i enjoyed running into you and Ben at breakfast sometimes on sat. mornings.He will surely be missed by everyone who knew him.We will be praying for your family in this time of sorrow.

We were so sorry to hear about your father’s passing. We know this is a very sad and difficult time for you and your family. Please know that you all are in our thoughts and prayers. May God bless you. We love you, Marilee and Melissa

My familes prays go out to you and yours on these days of sadness.

God Bless all of you.

Miss Ben. He was one of a kind for sure. Knew him for many years.