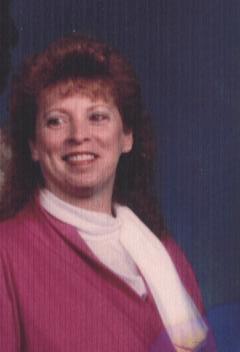 A native of Michigan, she was the daughter of the late Harold L. Getter and Bertha V. Pfiester Getter. She is also preceded in death by three brothers: Herbert W. Getter, Harvey J. Getter, and Donald C. Getter.

A graveside service will be held at 1:00 PM on Saturday, January 5, 2013 at Rose Hill Cemetery in Eaton Rapids, MI. The family will receive friends immediately following the service at Assembly of God, 2764 South Michigan Road in Eaton Rapids.

Mimi was such a blessing to everyone who knew her, and sometimes God knows someone who needs her blessing now just as we have in the past. While celebrating her life, we should remember that God needed another angel to help him and her fireball spirit and kind heart will always be remembered and live through us.

I loved my grandma/meme. I hope I grow up to be half the woman she was – strong, kind, and full of personality.

Carol was a very loved mother.daughter,sister,aunt and a very special cousin of mine..she is sadly missed by all.. someday we will meet and have our special times again we had..i loved you as a sister.. love you

Praying that our Heavenly Father wraps his loving arms around all of you to give you thee strength needed at this time .She is gone but never forgotten because she lives on in our hearts we will see her again some wonderful day. lLove you all keeping you all in my thoughts &prayers. Sandy

Carol (little miss fireball) was the best mother in law I could ever ask for.

My beloved mother, I miss you so very much. I pray for your Love and Kindness to spread to everyone you knew to help them with their sorrow of missing you, their loving mother, sister, cousin, and friend.