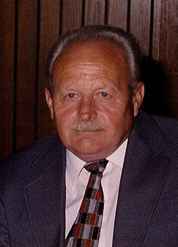 A native of Henderson County, he was the son of the late Charles L. and Willie Babb Gordon. In addition to his parents, he was preceded in death by his wife, Duann Justus Gordon, who passed away in 2001 and brother, Edison Gordon.

Ray proudly served in the US Air Force during the Korean War. He was later employed with Carolina Log Homes, which he retired from after many years of service.

He enjoyed partaking in carpentry and gardening. He was a loving father, grandfather, and brother.

A Funeral Service will be held at 2 PM Thursday, November 3, 2011 in the Chapel of Forest Lawn Funeral Home with interment following in Forest Lawn Memorial Park. The family will receive friends one hour prior to the service at the funeral home.

In lieu of flowers, memorials may be made to Four Seasons Compassion for Life, 571 S. Allen Road, Flat Rock, NC 28731.

Greg, I was so sorry to hear about your father. Please know that my thoughts and prayers are with you and your family.

So sorry for your loss. Prayers for you and your family.

We are sorry to hear of Mr Gordons passing. Your family will be in our thoughts and prayers.May God bless each of you and be with you.

Please accept my condolences on the loss of your father and grandfather. I hope you find peace and comfort in the hands of God.

He has been our very good neighbor for a long time. We will miss him greatly for a long time to come. I know he is happy because has gone to Heaven to be with his wife. May God Bless Him and his family

We are praying for you in your loss of your Dad and Grandfather. It is so hard to lose your parents. God bless you all. We love you.

God Bless you and your family Greg, We love and will be praying for you.

We are sorry for your loss and will be praying for you.

Dear Greg and family, I am very sorry to hear of the loss of your father. Please know our prayers and thoughts are with you.

Greg, I am sorry to hear that your Father passed away. From what I heard & read, it soundsl like his health was a struggle for some time, but now that’s over. No matter, it’s always hard to say good-bye. I prayed for you and the family. Pam (I am Derek Publicover’s new admin. assistant)