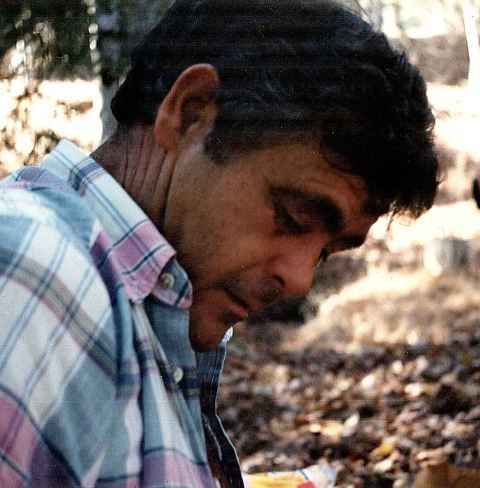 He was a son of the late Rudolph Terry Nelson and Mary Middleton Nelson Gibson. In addition to his parents he was preceded in death by two brothers, Alvin Nelson and Teddy Nelson.

He retired from Henderson County Maintenance Department after twenty five years of service.

A funeral will be at 2:00 pm Monday in the chapel at Forest Lawn Funeral Home. Reverend Craig Garren will officiate. Burial will follow the service at Forest Lawn Memorial Park. The family will receive friends from 1-2:00 pm at the funeral home. Memorials can be sent to Four Seasons Compassion for Life 571 South Allen Rd. Flat Rock NC 28731.

Vickie, I am so sorry I didn’t know that your dad had passed away. He was always one of my favorite people. He made my days at Land Records bearable on “those” days. Please give my best to your mom. Susan Neal

We are so sorry about your loss. Please accept our deepest sympathy.

We were so sorry to hear of Dale’s passing. He was such a wonderful husband, father, and grandfather. Please know you are in our prayers. If you need anything please just let Robin know. Love you Robin,

Lou,Chris,Vicki,and Robin I’m so so sorry for your loss! All of you are in my thoughts and prayers and I love all of you!

Lou, and Family, sorry to hear of Dale passing, have comfort in knowing he suffers no more. My prayers are with you. Lee

We are so sorry for your loss. our prayers are with you in this time of need. Love you.

Dear Robin and Family Sorry to read of your loss. You are in my thoughts and prayers. Love Tamara

Dale was a good friend to the family and I am very sorry for his loss. We will remember you in our prayers on behalf of the entire Curtis (Foster) Family.

I was a schoolmate with Dale and I have nice memories of him.

I am so sorry for your loss.My thoughts and prayers are with you.