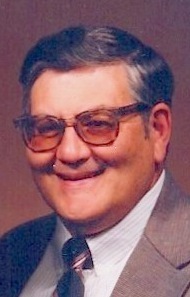 David Donald Corn, 76, of Hendersonville went to be with the Lord early Saturday morning, February 26, 2011.

A lifelong resident of Henderson County, he was a son of the late Reverend Quay and Mae Bell Sims Corn. In addition to his parents, he was preceded in death by his brothers-in-law, Harold Brackett, Willard Barnwell, Bob Clark, Clyde Henderson, Glenn Gilliam, and Gerald Jackson.

He graduated from Edneyville High School in 1954 and from Western Carolina University in 1957 with a Bachelor Degree in Chemistry and Science. He served in the National Guard from 1957 to 1962. He taught in the Transylvania County Public School System for a year and a half and was then employed by BASF Corporation in Enka for over 33 years from which he retired in 1993 as the Section Head of Textile Development in the Fibers Division. He was a member of the AATCC and attended Ebenezer Baptist Church.

He worked hard his whole life and enjoyed developing and working on his land, which led him to starting the Mountain Trail Mobile Home Park. In his free time, he enjoyed traveling, gardening, watching sports and reading. He was a loving husband, father, grandfather, and brother and will be missed by his family.

A Funeral Service will be held at 3 PM Tuesday, March 1, 2011 in the Chapel of Forest Lawn Funeral Home. The family will receive friends one hour prior to the service at the funeral home. Burial will be private.

Pat and I are sorry for your loss, and happy to kn ow that he is with the Lord and no more suffering or sorrows. May God Bless your family at this time of grief.

Our sympathies to the family. Dad went home to be with the Lord last October; he always talked about going to school with David, and of course we’re cousins. Praying for you all.

Donna and Family, Both Alicia and I are very saddened by your loss. If you should need anything, please let us know.

Jim and I are so sorry and saddened to lose David, both as a good friend and high school classmate. Please know you and your children are in our thoughts and prayers, and we send our love to you.

Robin, Maggie, and Will Chandler

Angie, Mrs. Corn, and family, we were saddened to hear of Mr. Corn’s passing. We know you have many memories of your time with him. We’ll be thinking of you all tomorrow afternoon.

B. C. and I worked with Don at American Enka Company, before it became BASF. Don was such a nice person to work with and be around. He was always pleasant and had a smile and good word.

Martha&girls,we are very sorry for your loss.We loved him too.

Dear Corn Cousins, It is with great sadness that I send my condolences!! It seems only like yesterday that we were young and carefree,attending School and all of us Corn’s are now the Older Folks!!We send our LOVE!! BILL CORN (Nubbins son)