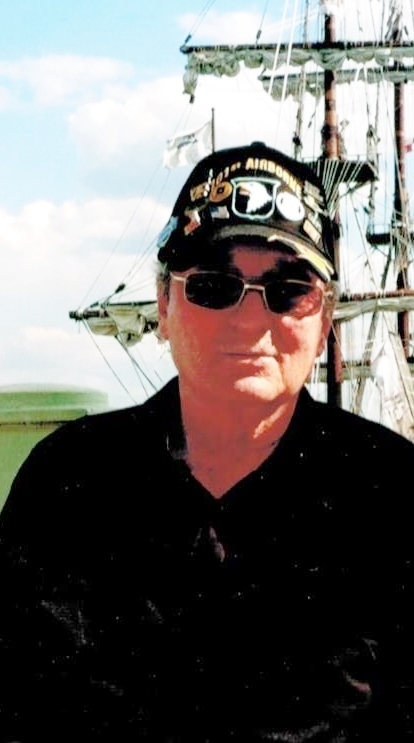 David J. Guidos, 67, of Flat Rock, passed away peacefully surrounded by his loving family, Tuesday October 28, 2014, at the Elizabeth House. He was born in Connellsville, PA, January 30, 1947, to the late Marion and Eileen Guidos. In addition to his parents, he was also preceded in death by his daughter Jessica, and his granddaughter Ava.

He was a highly decorated veteran of the US Army, serving in the Vietnam War from 1968-1969.

He is survived by his loving wife of 45 years, Janet; his daughter, Christina Guidos Sentell and two grandchildren, Dylan James Sentell and Mia Ava Sentell, all of Atlanta, GA; his sister, Barbara Guidos of Flat Rock; and a number of nieces and nephews.

Funeral services will be at 2:00pm Sunday, November 2, 2014, in the chapel at Forest Lawn Funeral Home with the Rev. Steve Jones officiating. Burial will follow in Forest Lawn Memorial Park. Military grave-side rites will be conducted by Hubert M. Smith American Legion Post No. 77, Hedrick-Rhodes VFW Post No. 5206, and DAV Chapter 14. The family will receive friends from 5:00-7:00pm Saturday at the funeral home. Memorials may be made to Four Seasons Compassion for Life, 571 S. Allen Road, Flat Rock, NC 28731.

My deepest sympathies and prayer for comfort are with you. May “the Father of mercies and God of all comfort” be very present and real to you. (2 Corinthians 1.3).

Janet, I am so sorry for your loss. You and your family are in my prayers. Miss you at curves. Love you.

Dear Janet and all the Guidos family,

My thoughts and prayers are with you during this very difficult time.

David’s spirit is with you to help you through it.

Please know that your friends at Curves have been keeping you and your family in our prayers. I have missed you, and I truly care. Your friend, Tari Watson

Your loss is felt in my heart. I am very sorry for the pain you have had to bear. You are truly in my prayers and thoughts. Be brave! God Bless you all. Brenda

My heartfelt sympathy to all of you. My thoughts and prayers are with you at this time of sorrow.