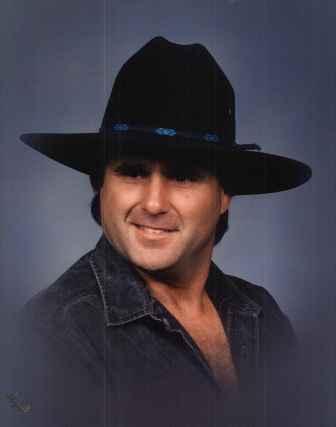 Douglas Milton ìDougî Wiley, 62, of Fletcher went home to be with the Lord Friday afternoon, January 4, 2013 following a brief but courageous battle with cancer.

Born in Greenville, NC, he was the son of the late Milton and Megenter Gaskins Wiley. Formerly of Grifton, NC, he moved to Henderson County in 2007. He was a carpenter for more than 40 years of his life and was most recently employed by Wilsonart as an OTR truck driver. He was a member of Hooperís Creek Baptist Church.

I did not know about Doug’s death for years. I am his mother’s half sister and was 7 years old when he was born. We lived in Greenville and they lived in Grifton. We didn’t stay close but he visited me once with a very young son. I can’t believe the passage of time so quickly. I have a few pictures that are precious and would love to share with his kids if this is possible the rough the funeral home. He was a sweet child and handsome young man.

That warm southern smile and deep smooth, “hi y’all” is sorely missed. You are in my heart always. You always said, no one said life would be fair. You were right. May you rest in peace dear friend and may your family find peace.

I was so sorry of hear of Doug’s death. My thoughts & prayers are with the family during this time of sadness! Doug was a dear friend & classmate of whom I will never forget! He was such a sweet person!

Douglas was my first cousin. My mother Etta Murphy was his father’s sister. Though we didn’t each other often I am so sorry to hear of his passing and will pray for the family.

Your dad is my first cousin–my mother Sadie and his dad Milton were brother and sister. I have fond memories of Doug from many years ago. We were two of the younger cousins in that family. I wish you could have known his mother–she would have been a super grandma to you. I used to love to hear Doug play the piano. Uncle Milton would always ask me to play when we went to visit him. One of the earliest memories I have is of pushing Doug around as a baby in his stroller in our kitchen (I’m 65), and my mom was so afraid that I’d run him against the wood stove, so you can tell we go back a long way! He was absolutely the apple of his parents’ eyes. God bless each of you. Linda M. Smith

Our heartfelt condolences and prayers for Gavin, Kailin & Brett –

Doug was one of my dearest friends throughout high school. He was a wonderful, talented person, and a joy to be around. I regret we didn’t do a better job of keeping in touch as adults. However, I am grateful I was able to enjoy a brief visit with him just prior to his passing. My thoughts and prayers are with his family. I know he will be greatly missed.

My thoughts and prayers are with you and your family, I will see you again in Heaven. Please say hello to my MoM.

The thoughts and Prayers of our family go out to you at this time. May God’s Peace help you through.

My thoughts and prayers go out to his family, and especially for the children that had to lose a father! God Bless! “Peace be everyone of You”