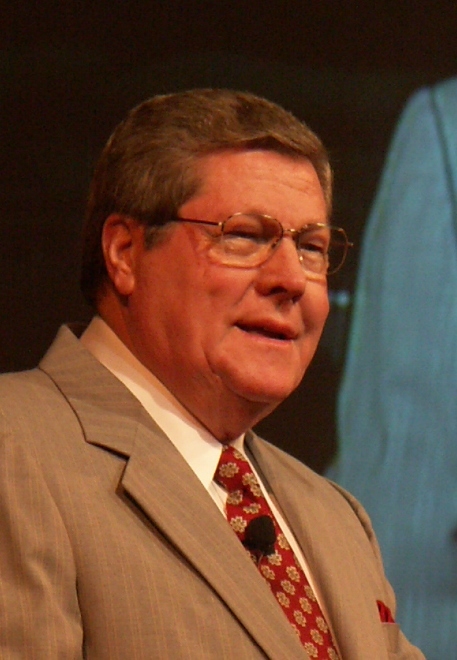 Dr. Kenneth W. Ridings, 78, of Flat Rock passed away on Thursday, March 5, 2015 at Sunnybrook Assisted Living. Born in Fingerville, SC he was a son of the late Penola and Otis Ridings.

Kenneth was a graduate of North Greenville University, Furman University, and Southeastern Theological Seminary. He was the recipient of several honorary doctorates, awards, and recognitions throughout his distinguished ministry. He served churches in both the Carolinas as pastor over six decades of ministry, including the Ebenezer Baptist Church of Hendersonville, N.C. and the Grassy Branch Baptist Church of Asheville, N.C. Respectfully and affectionately called “Dr. Ridings” by many, he spoke in over 1200 churches, colleges, seminaries, and conferences throughout the Southeast as a revivalist, evangelist, and a popular Bible Conference speaker. He was best known as Professor of Homiletics at Fruitland Baptist College from 1968-2008, where he also served as the president for eleven years. His staff, faculty, students, alumni, and friends mourn his death but celebrate his entrance into heaven!

Dr. Ridings was a loyal and faithful Southern Baptist. He served on the Southern Baptist International Mission Board and as the Second Vice-President of the North Carolina Baptist Convention. He was a member of the Mud Creek Baptist Church. His pastor Dr. Greg Mathis noted, “Few could open up the Bible to excite, exhort, and encourage his listeners quite like Dr. Ridings. He was an extraordinary expositor of Scriptures!” His influential style of preaching continues by many of his former students who pastor churches throughout the southeast.

Funeral services will be held at 5pm on Sunday, March 8, 2015 at Mud Creek Baptist Church with Dr. Greg Mathis and Dr. D.L. Lowrie officiating. Visitation will be held prior to the service beginning at 3pm.

In lieu of flowers memorials may be made to the Fruitland Baptist College Chapel Fund, 1455 Gilliam Rd. Hendersonville, NC 28792.

John 5:28,29. There Jesus promised: All those in the memorial tombs will hear his voice and come on out. This willbe further emphasized on April 3rd. Millions around the world will be attending the commemoration. This discourse is about his death and how it benefits us. For the nearest location In your area, please go to jw.org ” About Us” “Memorial”

I was a 1988 graduate at Fruitland and had the pleasure of knowing and studying under Brother Kenneth. Several years later when I was pastoring a church in Salisbury, NC we had him come and do a revival for us. I am so glad to have had that opportunity to be with him for those services. May God bless his dear wife Ann and their daughter Beverly during this time. We have been praying for you since we heard the news.

As for so many others Kenneth also meant a lot to me over the years, and I greatly appreciate all he did over the course of his life for Fruitland and for all the many students who shared in the benefit of his teaching and ministry.

Dear Family,It was a great joy to be called one of of Dr.Ridings students.He help point me toward the way to preach the gospel. I always enjoyed attended his classes . You have my love and prayers. I was a graduate of the class of 1974.

Ms Ann, You and Preacher were so special and such great friends to Mom & Dad and know that they are rejoicing in Heaven together and remembering old times. My prayers are with you and have been over the past few years, knowing the hardships of disease. Love you. Betty

Mrs Ann and Beverly- Just want to let you know how very much Preacher Kenneth helped me to understand. Never forget him taking my part @ Grassy. Always be so special to me. Praying for you all and love you dearly.

Our deepest sympathy to you. Sorry we can not attend the services. You are in our thoughts and prayers. God bless you!

Our deepest sympathy to you. Sorry we can not attend the services. You are in our thoughts and prayers. God bless you!

Anne and family, I am so sorry to hear of the passing of Dr. Ridings. He will be missed.

Ann, Beverly, Debbie and I are so sorry for Kenneth’s passing. He was such an inspiration to our lives. we think of you all very often. You are in our Thoughts and prayers. love

Dear Mrs. Ann, Beverly and Family, Our Family is remembering you in special prayer— Bro. Kenneth and my Dad, Bill Willingham, worked together at Fruitland Baptist Bible Institute many years and pastored together in the Carolina Baptist Association in Henderson County–we loved Bro. Kenneth and you dearly— Y’all are Family to Us— Praying for God to give you the comfort that only He can– Sending lots of Love & Prayers!!!GodBlessYourHearts!! Perry, Laura,Josh,Christi,Caitlyn, Logan,Molly and Caleb, Melissa, Paul,and Joy Willingham and Families “…the Joy of the Lord is Your Strength.” Nehemiah 8:10b