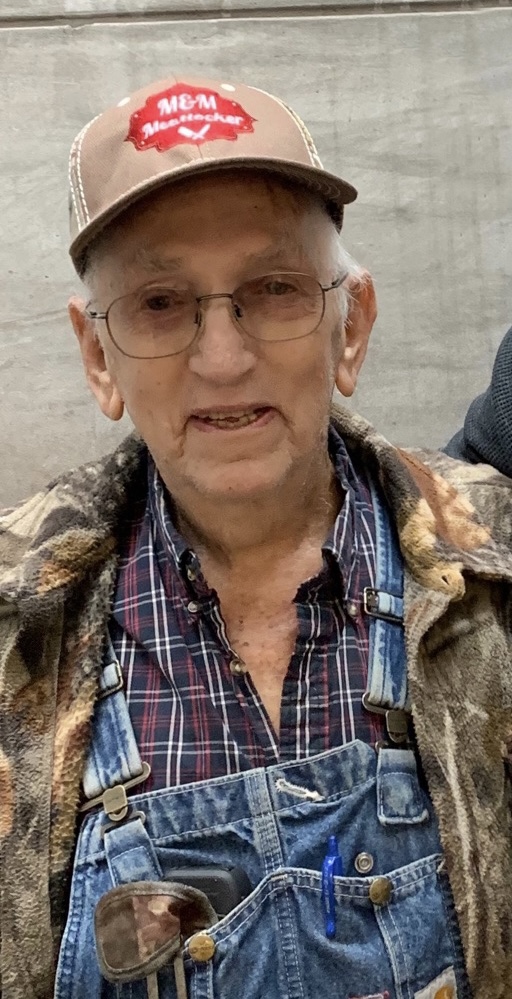 Durris Glenn Henderson, 91, went home to be with the Lord on Friday, January 20, 2023 at his home in Hendersonville, NC.

A native of Polk County, Durris was born on March 8, 1931, in Green River Cove to the late Posey and Henrietta Henderson. He retired from General Electric after 36 years, but held many different occupations throughout his lifetime, including working at Grey Hosiery Mill and being a success apple farmer for numerous years. “Papaw” loved to watch the deer, enjoy the wildlife outside his home and spoil the dog with treats.

He was preceded in death by his wife, Joan Gibbs Henderson, four sisters: Stela, Ola, Charity, Sue and Margery; as well as, three brothers: Hubert “Buck”, Montgomery and JP.

A graveside service will be held at 11AM, on Tuesday, January 24, 2023, at Forest Lawn Memorial Park with the Reverend Mike Searcy officiating.

Durris was such a good friend to my parents, Ralph & Jennie Adams, and was so incredibly knowledgeable of anything flora & fauna! I’m sure he has shared his wealth of knowledge with his children and that you all share the same love and respect for nature as Durris.
Rest in peace dear friend & enjoy the garden of heaven!
Dan & Lisa Adams Roach

I was so sorry to hear of his passing. I worked for Hospice when your mama was sick and in their care. I enjoyed getting to know him over the years since her passing. You are in our prayers. God bless you.

So sorry for your loss of Durris.
Our thoughts and prayers to all his family at this difficult time.
Tommy & Sharon King

Prayers to you all.

We would like to offer our prayers and condolences to the family. May God bless and comfort you in the days ahead.

I’m sorry for your loss. My thoughts and prayers are with you and your family.

We are so sorry to hear of your loss. We will be praying for peace and comfort that we know God will give abundantly.