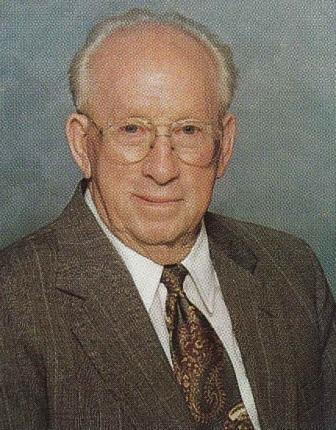 He was a native of Henderson County and a son of the late Henry Steve and Ora Hood Thomas. Mr. Thomas was preceded in death by his wife Opal Love Thomas; two sisters, Helen Thompson and Mae Bell; and two brothers, Fred and Steve Thomas.

Edward was the owner of Thomas Gulf Station for more than 42 years and was a member of Mud Creek Baptist Church. He loved nature, catching snakes and displaying them at his Gulf station for people to see. He also had a great love of music. Mr. Thomas thought of Saluda as his home away from home and was often seen sitting on Main Street after lunch with his friends. He will be dearly missed by his family and many friends.

I LOVED MR ED!! I WORKED A CRACKER BARRELL, HE CAME IN EVERY NIGHT. HE WAS A DELIGHT.

Our family’s prayers are with your family.

We recall so fondly our years together next to Ed’s station on S. Main. Egolf Motors made thousands of trips to buy Ed’s gas and every one was a pleasure and most involved a laugh. Great memories. We will all miss Ed.

Our hearts and prayers are with you now. He was such a good man and always willing to help others. I remember him coming to our house when I was very small and getting a snake out of our yard. Then my Daddy took me to “visit” the snake at the station. My husband has been the mailman out there for years and always thought the world of him. Some customers just stand out and Ed was surely one of those. Bless you all.

Ed, you must have needed to be there with my brother, he went a day ahead to meet you there. You were a good man and I am sure you too are missed by many.

Joyce and Larry and other family, I know you will have an emptiness right now with Ed’s passing….God be with you guys and know you will see him again real soon in Heaven…. He was a special man…always had a smile and some funny things to say to me when I went to visit his pets at the station…. Yall stay strong…

Dear Joyce, I was so sorry to hear about your Dad. Wish I could be there for you and your family. You will be in my thoughts and prayers. Thanks for all the great memories Ed.

Alice and I were saddened to read of your loved one’s passing. Unfortunately we will not be able to come to the funeral tomorrow, but you will be in our thoughts and prayers. Remember the good times!

THOUGHTS AND PRAYERS TO EVERYONE MAY GOD BLESS ALL

You have been in my thoughts and Prayers since learning of Ed’s Home Going.

So many memories of in being a neighbor and also of the church .

May God be with you in the days and weeks and months to follow. Lsove u

Joyce & Family: Our thoughts and prayers are with each of you. I had plans to visit on Labor day, and things got messed up…I feel so bad. I loved Ed like a father. He was such a devoted loving husband, father & grand father…not to mention his friendship! I know he is happy now and feeling GREAT! But oh my, he will be missed–I know. Again, thoughts and prayers are with you…Joyce & RC