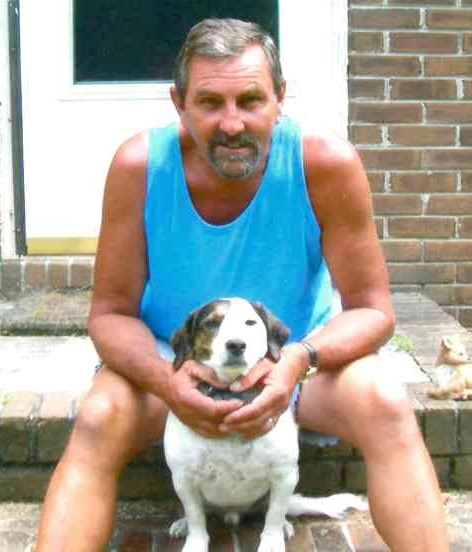 A native of Morgan City, LA, he was the son of the late Edward U. Giroir, Sr., and Anita Locke. Edward is also preceded in death by two sisters, Peggy Giroir and Joyce Armond, and his grandparents.

He loved spending time with his family, friends, and the outdoors.  Edward was an avid fisherman and enjoyed fishing the local rivers, lakes, and the outer banks.

He is survived by his wife Michele Giroir; a daughter, Lindsay Giroir (David Todd III); two sons, Edward and Jordan Giroir of the home; two sisters, Betty Heise of Shrevport, LA and Katie Harrison of Marrero, LA; a brother, Billy Giroir (Judy) of Morgan City, LA;  two grandchildren, Breonna and David Todd IV; several children he treated like grandchildren, Amber, Matthew, Thomas, Bobby Jr. and Dustin, who were very special to him; numerous family members in Louisiana; and many special thanks to his fishing buddies and friends.

The family will receive friends from 1:00 PM to 3:00 PM on Saturday, January 15, 2022, at Forest Lawn Funeral Home. The family requests masks be worn during the visitation.

An online register book is available by visiting www.forestlawnhendersonville.com.

Michelle and boys, I am so sorry to hear of the passing of your husband. Many prayers and hugs to you and the boys.

Michele: I am sorry to hear this sad news. Cajun was always my favorite brother-in-law. Mama and him can watch over us now and fish together in Heaven. Prayers for you all during this difficult time.

Sorry to hear of Cajun’s passing. I will always remember fishing together and him saying “I’ll knock you out CoonA” picking.

I was so very sorry to have hear about your passing .
The very next time I eat some Boudin , I will be thinking about you and taking a BIG bite for you .
A person that departs from this Earth never truly leaves , for they are still alive in our Hearts , Through us , they live on , as you Shall Live On As Well .
Love you and may you Rest In Peace .

Matthew 5:4
(4) Blessed are those who mourn ,
For they shall be comforted .

My daddy always gave the best hugs, for no reason at all he would just walk up to me and hold me tight just because he loved me. Those are memories I will always treasure. I wish I could have one of those hugs right now. I love you Daddy so much and I will miss u as long as I live.

I miss you so much; not a moment goes by that I don’t think of you. I know you are in a better place now though. Love you always