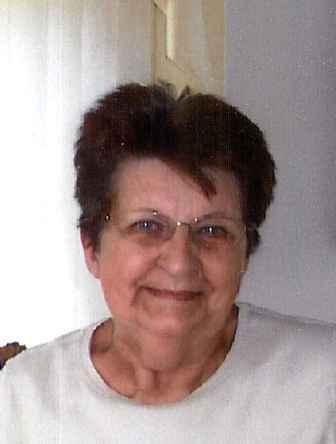 Elizabeth Cochran Martin, 71, of East Flat Rock, died after a period of declining health at the Elizabeth House. She was the daughter of the late Willard and Bessie Lee Cochran.

She attended the old Flat Rock High School and was of the Baptist faith.

A graveside service will be at 2:00pm Friday, August 3, 2012, at Forest Lawn Memorial Park with Rev. Glenn Camp officiating. A visitation will be at Forest Lawn Funeral Home from 6-8pm Thursday and at other times will receive friends at the home.

Brian,I’m so sorry to hear abut the loss of your Mom!! My prayers are with you and the rest of the family! God Bless.

I was so sorry to hear of your mother in laws passing. You all are in our thoughts and prayers.

Rest in peace Liz. You will be surely missed by all of your wonderful family and friends. My thoughts and prayers are with all of the Martin Family. May the Lord be with you.

It’s been a long time since I saw Liz but I still remember the smile! Our hearts and prayers are with you all.

I am very sorry to learn of your mother’s passing. Your family is in my thoughts and prayers. It is never easy to lose someone that you love, but Mothers are special people. I still miss mine everyday, but have wonderful memories that become sweeter as time goes by. I hope the hole in your hearts will be replaced with sweet memories in the days to come. Jayne

Bill..am so sorry to hear about Liz. My thoughts and prayers are with you and you family. Let me know if I can do anything for you…Paget

Our sympathy to the family of my cousin Elizabeth and also to her sister Peggy. We cousins grew up together and have many good memories.

So sorry for you loss . Love you all so much.

You are in our prayers and thoughts.