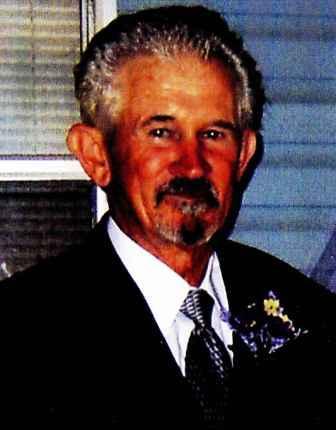 He was born in Buncombe County, a son of the late Charlie and Minnie Owenby Nelon. His wife, Barbara Irene Drake Nelon preceded him in death in 2004.

He worked for Spinning Wheel Rugs for 46 years, and attended the Church of the Nazarene. He loved hunting and fishing, and caring for his honeybees.

In addition to his parents and wife, he was preceded in death by three sisters, Corrine Burgin, Nannie Brown, and Rachel Burgin; and one brother David Nelon.

Surviving is his wife of the past 7 1/2 years, Lora Summey Nelon; his daughter Melissa Hudgins and her husband Vince; four grandsons; three great grandsons; one great-granddaughter; and one step-granddaughter; his eight brothers and sisters, Juanita Dotson, Lawrence Nelon, Harvey Nelon, Shirley Gentle, Carl Nelon, Kathleen Yarborough, Ray Nelon, and Lester Nelon; and many nieces and nephews.

A graveside service will be held at 11:00am on Saturday at Forest Lawn Memorial Park. A memorial service will follow at 11:45am at Victory Baptist Church on Orchard Road. Rev. Stanley Adcock will officiate.

I’m so sorry for your loss. Yall are in my thoughts and prayers.

Our Prayers are with the family during this time and for all the times to come. Eugene will be misses by many and his memory will live on forever. May the good lord carry each of you through and hold you tight.

Sorry for your loss.

The world will not be the same without you. Praying for your Family

So sorry for your loss.You are in our thoughts and prayers.

We will always remember Eugene working in his garden,going hunting, he has been a wonderful uncle and a great uncle you will be truly missed

My prayers go out to the family. He will be greatly missed. Eugene and I have been friends for a long time and I cherish the memories. God be with each of you.

to the family iam very sorry for your loss he was a great man and he loved his dogs and he also loved doing things outside no matter what it was he will be truly missed..

I have only known Eugene for a short period of time, but could tell he was a very good person. He always had a smile on his face. I feel privileged to have met him.