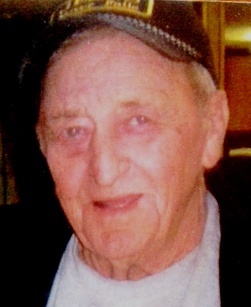 Floyd Joseph ìPaî ìBoboî Gilbert, 76, of Flat Rock, passed away Tuesday, April 24, at the Elizabeth House. A native and lifelong resident of Henderson county, he was the son of the late Carroll Nathaniel and Sudie McKinney Gilbert and husband of the late Elsie ìGrannyî Gilbert who died in 2009. He was also preceded in death by a brother, Jim Gilbert. He was caretaker at Blue Ridge Community College for 30 years and also spent several years working with many of the local county apple farmers. He served in the U.S. Army and was a member of Crossroads Baptist Church. He loved to hunt and fish, but his true joy was his family and the grandchildren that were the love of his life.

Thank you everyone for your thoughts and prayers we know pa is in Heaven and we will see him again. He is going to be missed so much, God gives us comfort though and your kind words helps us through this difficult time May God bless all of you.

May God Bless you during this time. Your family is in our thoughts and prayers.

We are so sorry to hear of the loss of Floyd. Our thoughts and prayers are with the family during this difficult time.

My heart goes out to the family of Mr. Gilbert. He was such a wonderful man, always helping us whenever we needed anything at motorcycle classes at BRCC. He had such wonderful stories for us. I will miss him.

Charlie and family.Sorry to hear of your dads passing,remember the good memories to help you through this sad time

My deepest sympathy go out to you and your family on the loss of Floyd.

Floyd was my oldest nephew and we were very close growing up. He will be greatly missed and we send our sympathy to all of his family. God Bless!

So sorry to here of your loss. Thoughts and prayers!!

Our thoughts and prayers are with you and your family. We will miss seeing him around.

May God be with you.

Our hearts and prayers are with your family. God bless you!