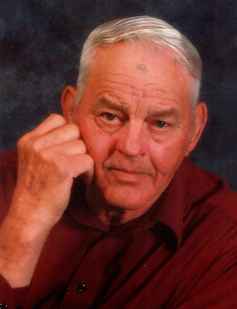 Forrest King, 75, of Hendersonville went home to be with the Lord Wednesday August 31, 2011.

A lifelong resident of Henderson County, he was a son of the late Carr King and Dealie Jones King. In addition to his parents he was preceded in death by four brothers, Albert, Dallas, Floyd and Hardie King; three sisters, Rosie Baldwin, Vergie Case and Bertha Lou King.

He was a devoted husband, father and grandfather and was a member of Victory Tabernacle.

A funeral will be at 2:00 pm Sunday Sept 4, 2011 in the chapel at Forest Lawn Funeral Home. The Reverends Lawrence Russell, Norman Bayne and Lloyd Morgan will officiate. Burial will follow the service at Forest Lawn Memorial Park. The family will receive friends from 6-8:00 PM Saturday at the funeral home.

Please accept our heartfelt condolences of the loss of your of your husband.

You are in our hearts and prayers.

Vera and all my 1st Cousins that don’t know me very well. Sad we had to visit under these conditions. Since I was very young Forrest and I spoke on the same wave-length about Harley Davidsons, tractors, old cars and the like. I remember when I was 10 or 12 he took me on my first H-D ride through town on a blue Duo-Glide Panhead. Mama was terrified. But Daddy let me go and I felt like I had wings. I have loved them since.

Me, Lisa and the girls will keep you in our prayers because I know Forrest is greatly missed. Gary

SORRY FOR YOUR LOSS. WE ARE PRAYING FOR YOU

I am so sorry for your loss. I will be praying for you and your family.

Vera and family, Im so sorry for your loss. All of you are in my thoughts and prayers.

Oh, Vera – I am so sorry I was not able to attend this past weekend. I was out of town visiting my parents and did not return until afterward. Forrest was a much-loved friend of Lee’s and helped us out when we set up our new “housekeeping” on Bob’s Creek. He will be fondly remembered! I hope to visit you soon.

I am very sorry for your loss. My prayers are with the family.

I am so sorry for the lost of Forrest, he was ag ood person. I really like him and Vera so much. Met them though working at the podiatry. Vera you will be in my prayers and so the family too. If you need anything you can call me anytime. My love to you.

MY HEART GOES OUT TO YOUR FAMILY IN YOUR TIME OF LOST.ALWAYS LOVE AND PRAYERS!!!GOD BLESS.

Vera and Family, Our Prayers and Thoughts are with you and your family. God has another great angel. Our Deepest Sympathy. Karen & Family, Brenda, Hazel and Nancy. May God be you all. We love you all very much.