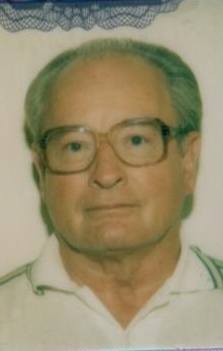 Fred Gutowsky, 84, of Hendersonville, passed away Wednesday, July 29, 2015 at the Elizabeth House following a period of declining health. He was a native of Milwaukee, WI and had lived in Henderson County for 24 years. He was a son of the late Arthur and Luella Wallock Gutowsky. He was also preceded in death by his brother Arthur Gutowsky, Jr. and his sister, Nona.

He was an Army veteran during the Korean War era. He was a mechanical engineer, retiring in 1970 to become a motel owner and operator. While a senior in high school, Fred played second chair on violin with the Milwaukee All City Orchestra. He was a ìjack of all tradesî, and he enjoyed making stained glass lamps.

He is survived by his loving wife of 64 years, Margaret Gutowsky; three sons, Mark Gutowsky of Mauldin, SC, Roy Gutowsky of Minneapolis, MN, Corey Gutowsky of Rocky Mount; one daughter, Margo Jones and her husband Greg of Ft. Wayne, IN; seven grandchildren; one great-grandchild; and seven nieces and nephews.

A funeral service will be at 3pm Friday in the chapel of Forest Lawn Funeral Home. Burial will follow in Forest Lawn Memorial Park. The family will receive friends in the chapel from 2-3pm, one hour prior to the service. Memorials may be made to Four Seasons Compassion for Life, 571 S. Allen Road, Flat Rock NC 28731.

I am so very sorry for your loss. May the God of all comfort give you the peace that surpasses all thought during this difficult time. (Philippians 4:6,7)

To the Gutowsky Family: I am sorry to hear about Frederick’s death. May God provide you comfort as you grieve (2 Corinthians 1:3)