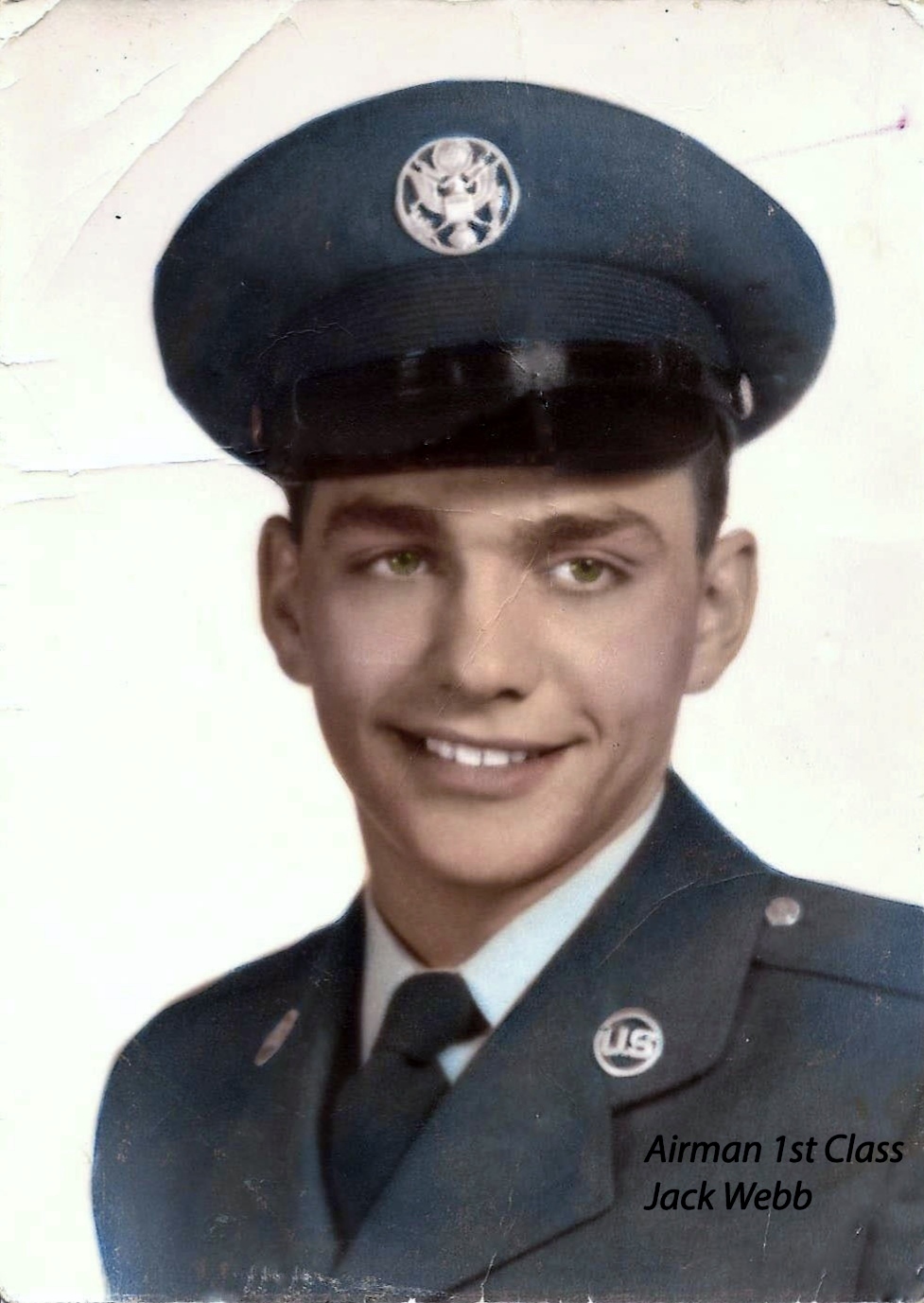 Jack Emmitt Webb, 78, of Hendersonville, found his peace early August 11, 2015 after many months of declining health when he fell asleep here to wake up in his heavenly home. He was born February 22, 1937 in Decatur, NE to the late William Christopher and Myrtle Irene Webb. In addition to his parents he was preceded in death by his brothers, Wallace Webb, Dallas Webb and Conard Webb.

Jack grew up in Lebanon, MO and after graduation he joined the Air Force. He served four years as a radio operator during the Korean War before coming back home to start his family. He spent the last 30 years living in Hendersonville, NC. He worked for several years with Paul Sexton Drywall/Diversified Drywall. Always a handworker, he kept busy working the last few years at the Hess Station until his health forced him to slow down.

He was a prankster, always looking for a way to get one over on you. He enjoyed life and spending time with his family and friends. We fondly remember him for hauling the young ones to get candy at the convenience store after work (neighborhood kids included), cooking out, going on vacation to the beach, feeding the seagulls, and getting paid a dime by one of the birds or being Captain White Bucket on a deep sea fishing expedition. His laughter and love of life was a big part of his character. He was very much loved and will be missed by all who knew him. All of our Uncle Jack stories, and our cherished memories of a one of a kind man, will give us comfort as we look forward to seeing him again someday.

A memorial service will be held on Saturday, August 15, 2015 at 2:00 pm in the chapel of Forest Lawn Funeral Home.

My deepest sympathy to the family. Janice

A good friend is gone but will never be forgotten! We had lots of good times together. Rest in peace buddy.