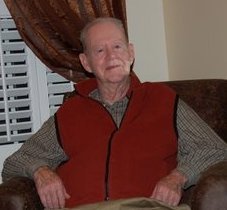 Jack Nelson ìDaddy Jackî Downs, 84, of Mills River, died Monday, October 10, at the Elizabeth House. A native of Haywood County, he was a son of the late Beacher and Cora Gossett Downs.

He had lived in Leicester and Franklin before moving to Henderson County in 1959. He served in the U.S. Army as an MP during World War II, and had retired from Berkeley Mills after 30 years with the company. He was an active member of New Beginnings Baptist Church, where he was a Deacon and a volunteer in partnership with Manna Food Bank. He also joined the church pastor in visiting nursing homes and the Elizabeth House. In addition to his parents, he was preceded in death by his brother, Bill Downs, and grandson, Zack Huntley.

A funeral will be held 3:00 pm Friday, October 14, at the chapel of Forest Lawn Funeral Home. Rev. Billy Balcom will officiate. Burial will follow at Forest Lawn Memorial Park. Military honors will conducted by Hubert M. Smith VFW Post # 5206, American Legion Post #77 and Chapter 14 of the DAV. The family will receive friends from 6 until 8 pm Thursday, October 13, at Forest Lawn Funeral Home. At other times they will be at the residence of Kevin and Summer Dale.

Jack was such a thoughtful and extremely nice person. I worked with him at Berkeley and noticed that he always had a smile on his face and was always willing to help others. My thoughts and prayers are with the family and I’m sure that he is still smiling!

So sorry for your loss. My thoughts and prayers are with you and your family.

So sorry for your loss. Jack was a joy to have here at the Laurels. Our hearts are with you.

I worked with Jack at Berkeley for many years. Jack always was very helpful and had a smile on his face. Just one of the most pleasant people I ever knew.

Sorry about the passing of your dear Daddy Jack.I met him a few times with you & Zack.I know what a dear man he was in both your lives.My love & prayers are with you.Beverly

I am so very sorry to hear of Daddy Jack’s passing. I know how much he meant to you all and he will be greatly missed. Know that my thoughts and prayers are with you. Love,

So sorry to hear about DADDY JACK..He was so sweet and kind..He loved you all so much.. Foy and Zack are happy to have their time with daddy Jack now…We will all be together SOON..I love you guys…

Linda, I will forever hold the fondest memories of your Dad in my heart. Those many years ago when I stayed with you he had the kindest heart and was the sweetest person. He treated each of us just like we were his own. I know you will miss him so much. Please know you, Gary & Jeff and your family are in my prayers. May God give you comfort during this difficult time. Love, Alta

Thank you Jack for your open arms and kind heart you will truley be missed by all the lives you touched Bob,Kelly & Shana