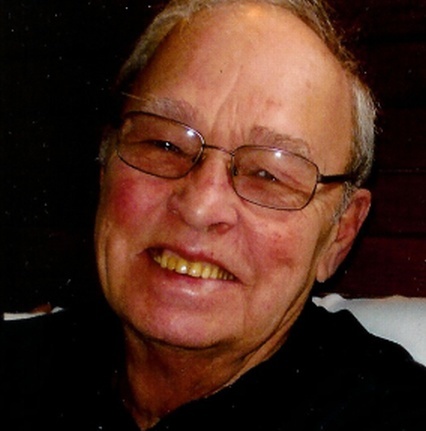 James Douglas ìJimî Wayne, 73, of Hendersonville, formerly of Skaneateles, NY, passed away peacefully at home Tuesday, Nov. 13, 2012, his loving family at his side, following a brief but courageous battle with brain cancer. A son of the late Emma Martin and DeLancey Wayne, Jim was born June 16, 1939 in Auburn, NY. He was also preceded in death by two brothers, Martin Wayne and Terry Scofield.

A true patriot, Jim served in the United States Army from 1957 to 1963. He originally enlisted in the U.S Army National Guard and was called to active duty to the United States Army 101ST Airborne Division, Fort Campbell, KY, during the Berlin Crisis and the Cuban Missile Crisis where he faithfully served his country until his honorable discharge in December, 1963.

Jim was a former member of the Owasco Reformed Church and served on the Church Consistory. He subsequently became a member of The First Presbyterian Church of Skaneateles where he served as a Session Member and Church Elder. One of his greatest personal accomplishments was to help organize the reconstruction and renovation of the historic church structure in Skaneateles. Jim also gave blood regularly and contributed 20+ gallons to the American Red Cross.

Throughout his career, Jim made his mark designing and building custom homes and cabinets throughout Central New York and Western North Carolina. He was an avid golfer and a former member of Skaneateles Country Club, Skaneateles, and Pinehurst Country Club, Pinehurst, NC. When he ìretiredî to North Carolina, he continued to create beautiful things and made many friends along the way. He was a true craftsman and those of us who possess one of his creations feel the strength of his connection to his craft.

ìA regular guy with a positive outlook, huge heart, wonderful, radiant smile and distinctive laugh,î Jim will be truly missed by his family and friends.

The family wishes to thank the staff at Elizabeth House, as well as the staff of Four Seasons Hospice for their compassionate care and support.

Dear Nancy and family, I am so sorry. What a wonderful guy your husband and father was. I am so sorry we were not at home to visit you at the service. My heart and prayers go out to all.

Jim has been a special part of our family for many years. As I look around the farm I not only see signs of Jim’s excellent craftsmanship, but I also see reflections of his vibrant smile and hear echoes of his very special laugh.I will never forget our times together.

To the Wayne family, Nancy and children, so sorry to hear of your loss. My thoughts and prayers go out to you. To Bob, may your faith sustain you during this time.

We will dearly miss Jim! What a dear, dear friend with a terrific sense of humor. He was always ready to lend a helping hand. He was taken from all of us far to early but we are sure he is raising a little heck in heaven right now!

All our love to Nancy and family.

With love and prayers,

Newell told me Jim was not doing well. I am sorry for your grief. He was a good guy.

I was thinking of the Mandana Inn and the places we used to meet up. A simpler time.

I’ll keep you and yours in my prayers.

Grateful for memories of the Wayne family Christmas parties and Uncle Jim’s smile.

Jim has memorials all over due to his work as a craftsman. How great is that? He has left a lasting imprint on us from his humor and woodworking skills. Missed but not forgotten.

I have many memories of the Jim Wayne family growing up in Owasco. Memories are what we hold close at the loss of a loved one. May you always feel comfort, love and warmth with them. Love Pam

I miss Jim already. He was always cheerful and ready with a funny story. He would do anything for anybody. His family and many friends will miss him. May God bless him forever.