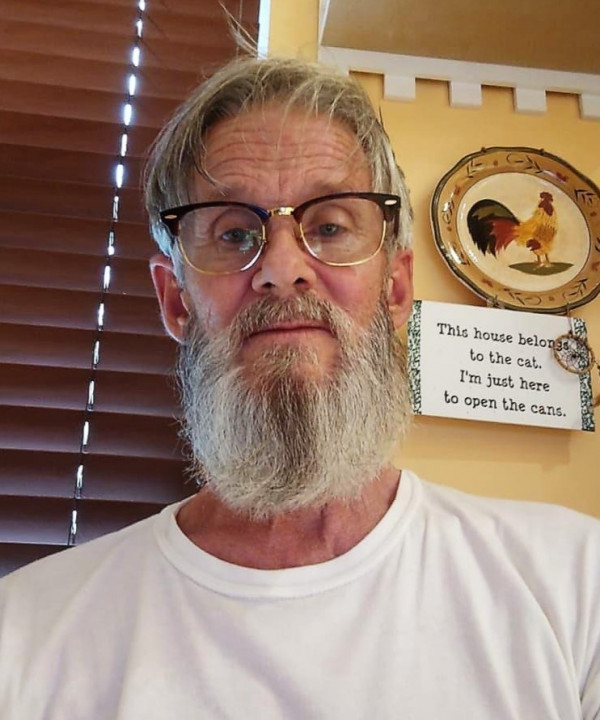 James “Jimmy” Bernard Yurick, age 60, of Flat Rock, North Carolina, passed away unexpectedly on Saturday, December 10, 2022 at his home.  The son of Pat Yurick of Flat Rock and the late Bernard Yurick, M.D., he was born in San Diego, California on June 29, 1962.

In addition to his father, he was preceded in death by one sister, Martha Bohan.

Known as a “jack of all trades”, Jimmy was an avid outdoorsman who loved fishing and camping; and he loved cooking and baking. He enjoyed meeting new people and was given to anyone he met.

Jimmy is survived by, in addition to his mother, one son, Jimmy Yurick and his wife, Harmonie and grandson, Levy of Stanley, North Carolina; one daughter, Anna Yurick and grandchildren, Caroline, Kimberly, Christopher and Khloe of Gastonia, North Carolina; one brother, Mark Yurick and his wife, Tami of Mayville, Wisconsin; and one sister, Stephanie Yurick of Flat Rock.  He is also survived by his canine companion, Hank, who was his side kick.

In keeping with Mr. Yurick’s wishes, no services are planned.

So sorry to hear this news about Jim. Sending love and my deepest sympathy.

Mrs. Yurick my sincere condolences to you and all of Jimmy’s family. Many great memories at your wonderful home on Winters Ave. Jimmy I think we wore the grooves off of this album. Long May You Run buddy. https://youtu.be/WYna-UAt75c

Jimmy loved to play shuffleboard and will be greatly missed by the members of the Hendersonville Shuffleboard Club. He was an inspiring member of the club.

I will miss seeing Jim and Hank (and previously Ziva) walking around the neighborhood. He was usually happy to be out taking care of his dog and enjoying the outdoors……

My condolences to all of the Yurick family. I have so many good memories of my time with Jimmy back in Olean, hiking up in the Martinis, going to see live music and taking cross country trips together. Jimbo will be truly missed!

Very sorry to hear of Jimmy’s passing..one of the old neighborhood kids… Condolences to the Yurick family during this difficult time from the Ross family. Thinking of you all.

So very sorry for your loss. Our thoughts & prayers are with the Yurick family during this difficult time.

Dear Mrs. Yurick, I’m so sorry to read of the passing of your son. I remember your family well. I worked for Dr. Yurick at the OGH. He was a wonderful man that cherished his family. Keeping you and your family in my prayers…

Jim was such a wonderful neighbor. He always wanted to help out or just have a chat. He was very kind to my sons and always had jobs for them to help him with and paid them very well! He was such a good dog dad and I know Hank will be missing him. I am sorry he won’t get to enjoy all his hard work on his home. God bless his family.