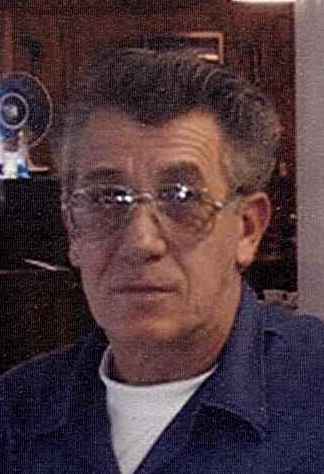 James ìMikeî Bradley, 59, of East Flat Rock went to be with the Lord on Friday May 13, 2011 at his home surrounded by his loving family after a courageous battle with cancer.

A life-long resident of Henderson County, he was a son of Martha Canup Bradley and the late James Bradley.

He was a prominent business owner in Henderson County. He owned and operated Bradley Flooring for over thirty years. He was of the Baptist faith and was an avid fan of NASCAR.

In addition to his father he is preceded in death by a son, James Michael Bradley, Jr.; his step-father, Charles Canup; two uncles, Walter and Frank Bradley and an aunt, Hazel Schalow.

A funeral will be at 2:00 pm Monday at Victory Tabernacle. The Reverends Lawrence Russell and Lloyd Morgan will officiate. Burial will follow at Forest Lawn Memorial Park. The family will receive friends from 1-2 pm Monday at the church. In lieu of flowers memorial can be sent to Four Season Compassion for Life 571 South Allen Rd. Flat Rock NC 28731.

I am so very sorry that Mike is no longer with us. I can’t tell you how often I think of you with such fond memories. You are all in my prayers. I hope that you find comfort in knowing that Mike was much loved and respected. love and peace.

Mike… I miss you so much!! You have been a light in my life. I am blessed to have known you and become a part of your family

I am sorry for the loss of Mr. Bradley. I will miss seeing his smiling face and I really enjoyed getting to know him at the Infusion Center. God Bless!

I am so sorry about Mike, seems cancer is taking so many of our loved ones. Mike was always so kind to us when Moma and I would come to Hendersonville to visit. I am praying for you all during this sad time.

May God Bless and Comfort You Like Only He Can,

Debbie, frank, dale, scott and stacy, and all the rest of the family. I knew you all best of all, and I want you to know that my thoughts and prayers are with you. Mike is in heaven with his dad.I wish there was more that could be said and done, but only god can help you get over this time of grief.I love each of you and think about you all the time. I am here for you. much Love, Sue

to the bradley family, we send prayers. may you find peace in knowing there is one more angel above us.

To the family of Mike Bradley. So sorry to hear of your loss. We watched Mike grow up from a small child. He was always very close to our hearts. Had several business dealings with him and he was always a professional in his work. He will be missed in the community. May God be with you in these trying times.

Our deepest condolences to all of Mikeís family and loved ones. Mike touched all paths he crossed in a very special way especially with his humor. All though we have been out of touch for a long time, you never forget family. We will not be able to come to the services but you’ll be in our thoughts and prayers.