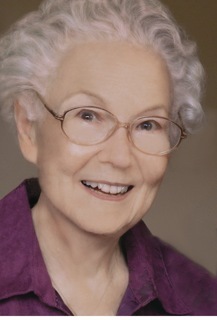 Kate Reynolds, 90, passed away peacefully on Sunday, July 17th. Her devoted husband, Gordon Reynolds Jr. was at her bedside. Kate has been a vital member of the community and of the First Presbyterian Church here in Hendersonville since she and her husband moved here over 20 years ago. She will be remembered by friends and family for her unique combination of gracious southern charm, generosity, intelligence, and flinty courage.

Born the fourth child of Coleman and Mattie (Johnson) Hagler on January 20th, 1921, in Skipperville, near Dothan, Alabama, Kate was to outlive her four siblings. Often characterized as the “brains and beauty” of the family, Kate graduated in 1939 from Dale County High School in Ozark, Alabama as class Valedictorian. She was also Editor of the Yearbook and a member of the National Honor Society. She continued her studies and graduated from the Moody Hospital School of Nursing in Dothan, Alabama in 1942, realizing her cherished ambition, becoming a Registered Nurse. Following graduation, she began her career, attaining the position of Assistant Supervisor Medical and Surgical, at the Phoebe Putney Hospital in Albany, Georgia. America had entered the Second World War, and just as Kate was about to act on a plan to join the armed forces and head overseas, she was diverted by the charms of a tall, handsome young athlete who had been admitted into the hospital for an appendectomy. Her patient, Gordon Everett Reynolds Jr. was naturally taken with his pretty, young nurse and her sunny outlook on life. He recovered post-haste, so that he could ask her to be his wife. They were married at the First Baptist Church in Albany, Georgia (Mr. Reynolds’ hometown), on September 14th, 1944.

The young couple settled in Vermont for nearly a year to establish a shipping company. Following the ships, they then moved to Brooklyn Heights to oversee the business in the Ports of New York and New Jersey. The new Mr. & Mrs. Reynolds joined the congregation of the First Presbyterian Church in Brooklyn. Kate began volunteering through the Brooklyn Junior League for the Planned Parenthood Association, the Brooklyn Public Library, the American Red Cross, and the Brooklyn Woman’s Exchange. The couple’s southern charm and guilelessness delighted their new friends in New York, and they enjoyed a warm and vibrant social life. Always very active, and wishing to make a difference in the lives of premature and at-risk newborns, Kate took up nursing again in 1959. She attained the positions of Head Nurse of the Neo-natal ICU and then of Nurse-Supervisor for the Premature Nursery at the Brooklyn Hospital Medical Centeróa position she would also hold at the Brookdale Medical Center.

In 1956, a baby boy, Gordon Reynolds III, was born to the joyful couple, who artfully juggled work and parenting. When their young son showed promise as a classical musician, they made sure he received the training necessary for mastery, while also seeing to it that he was provided with the best possible secondary and college education.

Kate expanded her commitment to the Church throughout the 1980s, by serving on the Session of the First Presbyterian Church of Brooklyn. She retired from nursing in the mid-80s and took full advantage of New York City’s rich cultural offerings, avidly attending theaters and museums. When her husband retired in 1989, the couple moved to Hendersonville to be closer to their relatives. They took up golf and Kate was a steadfast and enthusiastic companion to her husband as he toured the Southern Senior Tennis circuit. As a volunteer for the Church, Kate regularly visited the sick and elderly.

Kate will be deeply missed. She is survived by her loyal husband of 67 years, as well as her loving son. She will be fondly remembered by her sister-in-law Dorothy Hagler of Florida and nephews, Randy, Cary and Dennis, also of Florida, and by nephews Harvey, Don and Wilmer Hagler of Alabama; by her nieces Sarah Elswick of Virginia, Shirley Lingerfelt of Florida, Sharon Bailey of N. Carolina, Caroline Hammonds of Alabama, as well as by many beloved grand-nieces and grand-nephews. The legacy of her radiant love and selfless compassion will inspire and enrich the lives of all she touched.

A memorial service will be held privately at the Forest Lawn Memorial Park.

Gordon: I am sorry to hear about your wife, Kate. I know you will miss her greatly. With sympathy,