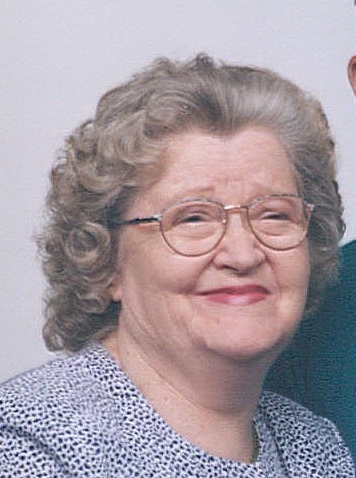 Kathleen Middleton Ballard, 88 of Zirconia, died Wednesday, July 1, 2015 at Sunnybrook Assisted Living. She was a native and lifelong resident of the area, a daughter of the late Robert and Julia Pace Middleton and wife of the late Albert ìBillî Ballard who died in 2012. She was of the Baptist faith. In addition to her parents and husband, she was also preceded in death by several brothers and sisters and a great-grandchild Noah Clinton Jones.

A graveside service will be held at 1:00pm on Saturday, July 4, 2015 at Forest Lawn Memorial Park. Revs. Lewis Staton and Patrick Ballard will officiate. In lieu of flowers, memorials may be made to Sunnybrook Assisted Living, 306 Spring Street, Hendersonville, NC 28739

Our thoughts and prayers are with your family in your time of need.

My thoughts and prayers to the family. I will miss Kathleen’s sweet spirit. She was always kind and encouraging to me.

All of your family are in my prayers. I loved your parents and hold memories in my heart of those special times spent with your ‘Mama’ and ‘Daddy’.

I knew Kathleen from Sunnybrook. She was a dear sweet lady and I loved her. I am so sorry for your loss. I will pray for peace and comfort for you all.

THOUGHTS AND PRAYERS TO THE FAMILY MAY GOD BLESS EVERYONE

Audrey and Jeff, I am so sorry to learn of your mother’s passing. I’m sure she will be missed by the entire family and friends. My thoughts and prayers are with you and yours.