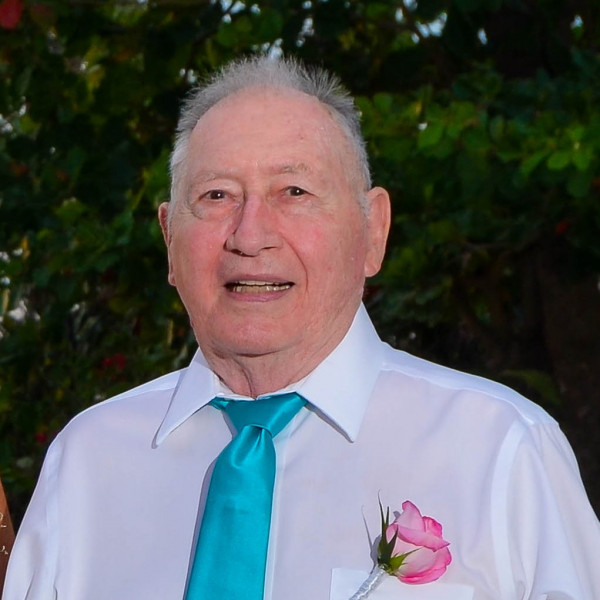 A native of Seattle, Washington, Ken was the son of the late Howard and Edith Wells.

Ken is predeceased by his loving Wife of 62 years, Eugenia (Jean) Hendrix Wells and his beloved son, Charles Lee Wells.

Ken and Jean met in Atlanta while he was stationed at Army base Ft. McPherson, where he proudly served our Nation.  They wrote many love letters to each other when he was re-assigned to Fort Churchill in Manitoba, Canada.  Upon discharge from the Army, he returned to Atlanta and married the love of his life in 1954. The newlyweds settled in Seattle where Ken reclaimed his pre-enlistment position at Bethlehem Steel.  In 1955 Ken was accepted into Eastern Airlines aircraft and engine (A & E) training program, and the young couple made the cross-country relocation trip to Miami, Florida.  He later relocated the family to Atlanta, Georgia in 1976. Ken completed a decorated career with Eastern Airlines for 33 years, and at Northwest Airlines for 11 years, and looked forward to retirement.

In his retirement, Ken spent many hours volunteering his time to many Atlanta organizations, including the Atlanta Food Bank and Atlanta Rescue Mission.  Whether at work, in retirement, or in any daily life routine, Ken was known by all as a gentle, good-natured and helpful person.  Whenever he saw anyone in need, he felt an urge to help in any way he could.

Ken’s passion was always classic cars. He owned a passel of cars in his lifetime, and stopped counting after purchasing 53 cars!  These included his prized possession, a beautiful Burgundy 1936 Ford Club Cabriolet. Jean purchased the car for him as a surprise in 1956, and he still proudly owned it until the day he passed away. He spent many hours through the years restoring it, and loved to go “rag-topping” in it both around town and on multiple road trips. He enjoyed his membership in the Atlanta Classic Car Club and later in Hendersonville, the Carolina Mountain Car Club.

Ken’s other passion was his love for the Atlanta Braves, spending many hours listening to their games on the radio while working in the garage on his beautiful Ford.  After retirement in Atlanta, with much more free time, he became a Braves season ticket holder for 13 years, and enjoyed watching his favorite team play.   In between rooting for his favorite team, he loved working his crossword puzzles, and was a trivia master. Above all of his “passions” was his love for his family, and was a loving Husband, supportive Dad and gentle Grandpa.

Ken spent his final years at The Bridge Retirement Community where he was loved by everyone, both residents and staff. He was known as the “the Bingo and Yahtzee King and Mr. Fix It”.  His kind, loving and charming wit will be missed by all those he touched with his gentle nature and pleasant demeanor.

Services will be held on Monday, November 14, 2022 at 2:00 p.m. at Forest Lawn Memorial Park, 538 Tracy Grove Road, Hendersonville, North Carolina, 28792.  Military honors will be provided by the United States Army.

Uncle Ken will be missed by everyone who knew him. He was a treasure to our family always. A pure pleasure to be with unless you were being whooped by him @ Yahtzee of course 🙂 He will remain the Yahtzee King until we meet again. RIP beloved Uncle Ken, WE love YOU!!
Valeri & Paul & family

Uncle Ken, you will always be one of the best examples of what a great man should be. For that you are forever loved. And I know I am not the only one to say this, but this world will truly miss having you in it.

Lori and family… am so sorry to hear that sweet Ken has passed away…I will truly miss our visits and his jokes and sense of humor! He truly lived and loved and made a mark in my life! It was an honor to know him..