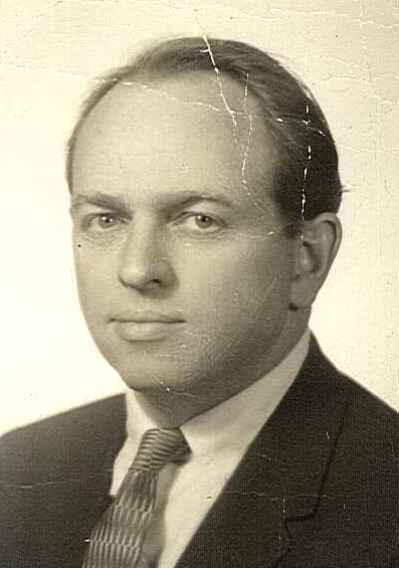 He was born and raised in Oslo, Norway by his remarkable parents, Otto and Gerda Saether Haug. He volunteered with the Norwegian brigade in the ìWinter Warî, the war in which Finland was fighting against Russia to save their freedom. He received commendation from Field Marshall Mannerheim for his service. He returned to Norway April 9, 1940, the day Norway was invaded by Germany. He was in the army for the two months before Norway surrendered, and went immediately to the ìundergroundî resistance force where he remained until warís end in 1945. He received a commendation from his king for his service. The rest of his career involved serving with the United Nations, achieving the status of senior officer. He went from one hotbed of unrest to another. He served in New York for fifteen years, Cuba, Copenhagen, Paris, Geneva, India, Pakistan, the South Pacific Trust Territories, Jerusalem, Libya, Jordan, Egypt, Gaza, Lebanon, and the last post, Vienna, Austria. When his retirement at age sixty was mandatory, he came to live in the mountains of North Carolina, which he loved. At the time of his death he was a member of the American Scandinavian Foundation Association in Hendersonville, and the Hendersonville Country Club. He was a member of the Royal Norwegian Yacht Club and the Norwegian Officerís Pistol Club. He was a past member if the Hendersonville Rotary Club, Trout Unlimited, Skeet Club, and Ready Sports Club. Target shooting, hunting, sailing, and skiing were his major hobbies. He brought a sailboat over from Norway, competing in and winning many regattas out of the Stamford, CT Yacht Club in the Long Island Sound. He was perhaps the best friend a person could have.

No local service is planned. A memorial service will be scheduled in Norway at a later date.

Please accept my sincere condolensces for the loss of your loved one.

Dear Mrs. Haug, I just found out the news of your loss. I Know we have not seen each other for a long time but wanted to send you and your family my sincere condolences. You will be in my thoughts and prayers.

Dear aunt Margaret; Dear Kris and Kathy and your families.

I’m so sorry to hear about the loss of my dear uncle Leif. You’re in my thoughts and have all my sympathy in this time of sorrow.

To his norwegian nephews, our uncle Leif was a bright example of personal strength, both in his heroic fight for the liberation of Norway during the war, and later his efforts to make a difference for the peoples of troubled nations thoughout the world. Uncle Leif was a generous man with a great sense of humour, his presence was always a pure adventure to us kids.

We will deeply miss him.

Leif was a wonderful man,

we send our respect and love to you all.

We were so sorry to hear about your Dad. Vicki was telling us over the weekend that he had gotten much sicker. Please know we are holding you and your family in our prayers. love,Bev &Chris

We are really sorry to hear about your husband. Our thoughts and prayers are with you.

Dear Margaret, We were sorry to read of your dear husband’s death & we continue to pray for you & your family during this difficult time. May memories of happy times give you peace & comfort. Take care & God Bless.

Margaret, So sorry to hear about your loss, know you and your family are in my thoughts and prayers.