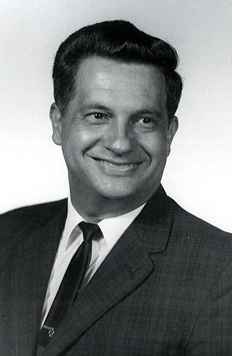 Leonard Sabato, 81, formerly of Flat Rock, passed away Tuesday, October 18, 2011 at Memorial Mission Hospital. A native of Forbes Road, PA, he lived in Henderson County since 1973. He was a son of the late Leonard and Anna Robosky Sabato, and the husband of the late Ann King Sabato who died in 1992. He was also preceded in death by five brothers and sisters. He was a member of Immaculate Conception Catholic Church, and the Henderson County American Legion and VFW. He was a Marine veteran, serving during the Korean War. For seventeen years he managed Army-Air Force Exchange Services in Vietnam, Thailand, the Philippines, and numerous stateside bases. Upon returning to Hendersonville, he managed Shermanís Superette on Dana Road.

A funeral will be at 3:00 pm Thursday in the chapel of Forest Lawn Funeral Home. Rev. Mark Hunnicutt will officiate. Interment will follow in Forest Lawn Memorial Park. Military graveside rites will be conducted by Hubert M. Smith American Legion Post #77, Hedrick-Rhodes VFW Post # 5206, and DAV Chapter 14. The family will receive friends from 2 to 3 pm prior to the service in the chapel.

Uncle Lenny was one of my favorite. He always had a big smile. Loved when he would come to Phoenix with Aunt Kitty. They were so much fun. He may be gone but will never be forgotten.

Thinking of you, Uncle Mike.

This is just “see you later”, not good-bye.

Mike, Dale, Cindy & family, I am so sorry for your loss. Some of my best memories as a kid were going to visit Aunt Duke and Uncle Henry…then immediatlely running down to your house to play and sample your Dad’s great cooking. We are keeping your family in our thoughts and prayers. Sheldon & Beth Capps

We are very sorry and saddened to hear about Leonard. Our thoughts and prayers are with all of you. We have many special memories of Leonard.

I met Leonard at the NKP in Thailand 40 years ago.He was the kindest and friendliest general manager I’ve ever met. We became lifelong friends ever since.

I left Thailand before Len did to te U.S. One day, there was a knock at the door @ KC, MO – I was so shocked! It was Leonard and his family! He introduced us to his lovely wife, Ann and their kids, Dale and Cindy. We met Mike at a later time. Ann had brought a homemade pizza which we baked at our home. That was the very first time we had a real genuine Italian pizza!

The family and I settled in Knoxville, TN. Len kept in touch with us thru the years with his calls, visits, and X’mas letters. He always mentioned all of our names.

We will always remember a visit we made a few years after Ann passed away, Len baked us his Italian pizza – made from scratch in the basement. We had a great visit with him.

Leonard was a very special; and a very good lifelong friend to us. We will always remember him and we will miss him dearly!

Please know that all of you are in our thoughts and prayers. God Bless.

With Our Deepest Condolences,

Will always feel fortunate to have known such a great man! Rest in peace, Uncle Lenny.

After taking care of him for a year I got to know him as a great man. He will be greatly missed!

My deepest sympathy to Len’s family. My prayers are with all of you in your loss. Len was our neighbor at Cumberland Village for several years.

I AM SO SORRY TO HEAR OF MR. SABATO’S PASSING. I HAD KNOWN HIM THROUGH HIS SON,MIKE-A CO-WORKER AT UNCA.HE WAS ALWAYS FRIENDLY AND NICE TO ME AND I’M SURE WILL BE SADLY MISSED BY HIS MANY FRIENDS AND FAMILY.I AM SO GLAD I GOT TO MEET AND KNOW HIM.GOD BLESS THE FAMILY AND BE WITH EACH ONE DURING THIS DIFFICULT TIME.

Hi Cindy, Im so sorry to receive the news of your Dad on facebook via Sherri Kertpatric not sure of the spelling. Anyway Ive all ways wonder what happen to you. So now I know and would love to hear from you later on. My thoughts and prayers are with you at this very sad time. I live in Pensacola Fl area and I’ll make a special trip to the beach where I’ll say a very special prayer for you and your family on Oct 20. Much love and careing for you and your family again and God will be with you to guide you in your loss of a special man in your life. Allways Debbie Loveland Aeppli class of 1979

To all Len’s family – so sorry for your loss. He was a good friend and neighbor at Cumberland Village. Donna Marino