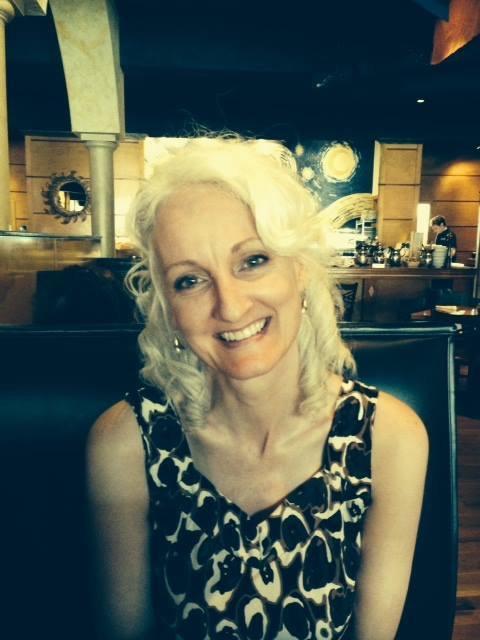 Margaret ìPeggyî Rose Kelly, 52, was born in Orchard Park, NY on Valentine’s Day in 1962. She died on December 7, 2014. She was the proud daughter of Marine Corps World War II Veteran James Joseph Kelly Jr., who died in 2010, and his beautiful wife Mary Lou Kelly, a current resident of Hendersonville, North Carolina.

Peggy was a proud veteran of the U.S. Coast Guard Reserves. She lived in Cincinnati, OH before moving to Hendersonville. Part of her role in Cincinnati was serving as Commander of the Young Marines Association – which included her two oldest boys. She moved to Hendersonville in 2006, partly to help her parents. Her care for her ailing father was a testimony to her undying love for all those closest to her. After her father’s death, she served as the licensed massage therapist at the Friends Salon in Hendersonville, NC.

Peggy loved her children and her extended family. She was an avid naturalist, seeing God’s handiwork all around her and in the people she served. Her friends included those she met and prayed with in the Immaculate Conception Church in Hendersonville.

A fitting verse to describe our beloved Peggy comes from Chapter 31 of Proverbs: “Her children arise and call her blessed.”

A Funeral Mass will be celebrated at 10:00 am Friday December 12, 2014 in the Our Lady of the Angels Chapel of Immaculate Conception Catholic Church. Father Robert Williams will be the celebrant. In lieu of flowers, donations can be made to fund the remaining education of Peggy’s children, through the “Peggy Kelly Children Education Fund”, care of Mary Lou Kelly, 334 Thompson Street, Hendersonville, NC 28792.

ìA heart broken and crushed spirit, O God, you will not reject.î (Psalm 51:17b) Iím sorry for your loss; may God provide you and your family with peace and comfort during this difficult time.

Dear Mary Lou, I was saddened to hear of Peggy’s passing. It was a pleasure to meet her during our transaction. She was devoted to you and showed her love in many ways. My sincere condolences. Rose Huscher

We are so sorry for your loss, may God comfort you during this hard time. You are in our thoughts and prayers.

I am sincerely sorry for your loss. Our compassionate God knows that at such times we need Him more than ever, and He is near (Psalm 34:18).God can and will restore the dead to life (John 5:28,29). May happy memories and the Bible’s promise at Acts 24:15″…there is going to be a resurrection” provide comfort and sustain your family during this most difficult time.

We cannot tell you how sorry we are for your loss. Peggy was a beautiful and loving mother and person. You are in our hearts and prayers.

The lapes has sent this Expressions of Sympathy card.

We are so sorry for your loss.

My thoughts and prayer are with you family. May you feel the love of God during this time.

Praying for Shawn and the family during this time.

Jackie and family, my love and prayers are with you all.