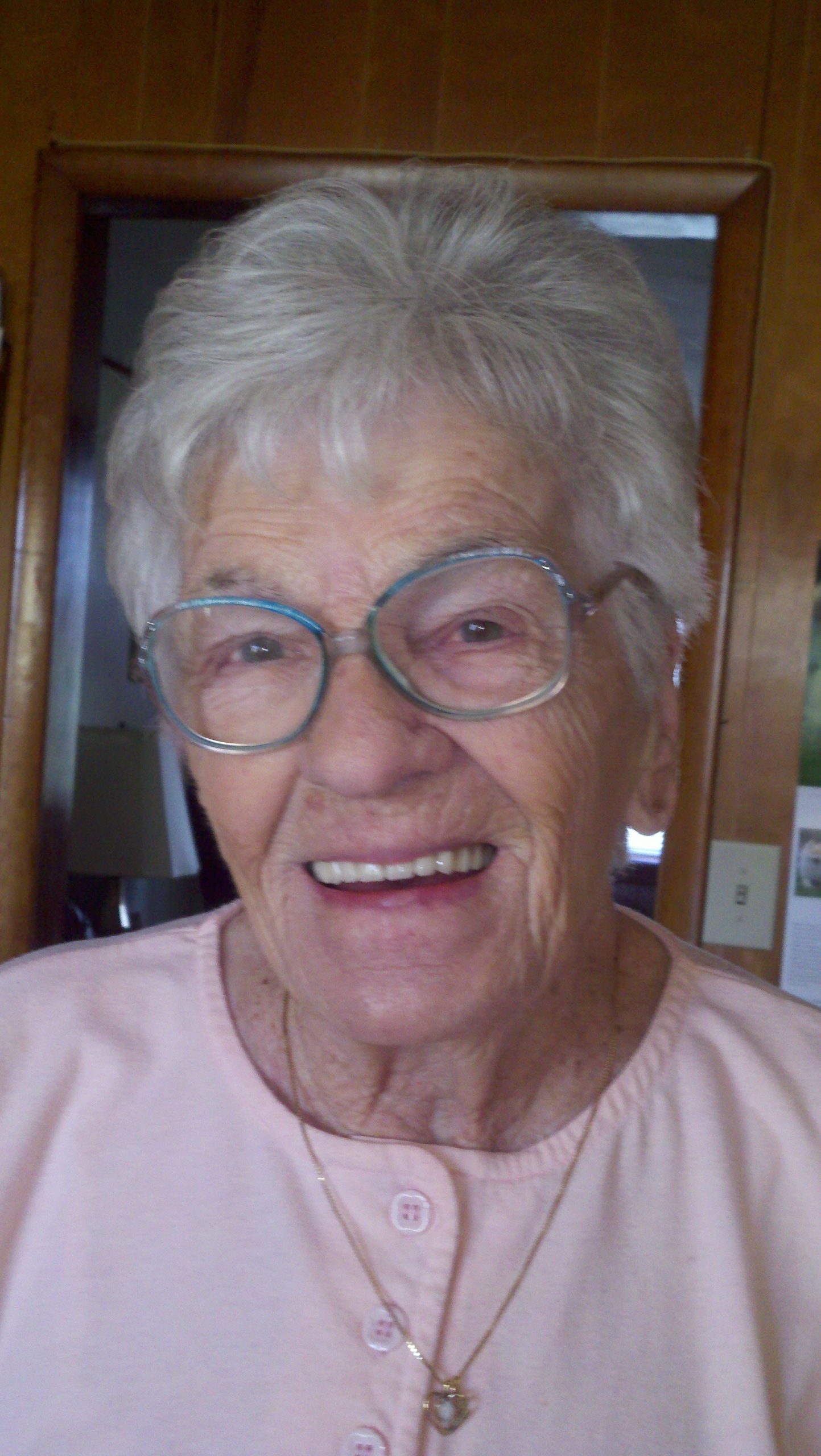 Mary Kathryn McClure Stephens, 89, of Hendersonville, went to be with the Lord Monday, March 4, 2013 surrounded by her family at the Brian Center of Hendersonville, after an extended illness. She was born in Haywood County to the late Mary Garrett and Glenn Robert McClure. She was also preceded in death by her husband, Charles D. Stephens, who died in January 1992, following their 50th wedding anniversary; son, Thomas ìTommyî Stephens; brother, Buddy McClure; sister, Mildred Buchanan; and a special great-great-grandson, Eli Jackson Nix.

She was employed by GE in Quality Control, retiring after 27 years. She was a member of Refuge Baptist Church and attended Marieís Chapel.

A funeral will be at 3:00pm Thursday, March 7, 2013 in the chapel of Forest Lawn Funeral Home, with Pastors Jimmy Justice and Harold McKinnish officiating. The family will receive friends from 2-3pm preceding the service in the chapel. Burial will follow in Forest Lawn Memorial Park. Memorials may be made to Four Seasons Compassion for Life, 571 S. Allen Road, Flat Rock, NC 28731.

The Board and Staff of the Community Foundation of Henderson County wish to express deepest sympathy to the family and friends of Mary Stephens on the sad occasion of her recent passing.

Marianne and George, So sorry for your loss. Our thoughts and prayers to all at this difficult time. Joe and Marilyn Thompson

I would like to offer my condolences to your family. I would like to offer a comforting scripture at John 5:28,29:”Do not marvel at this, because the hour is coming in which all those in the memorial tombs will hear his voice and come out.” The hope of seeing Mary again would not only be a time of pure joy, happiness but a time to truly praise Jehovah for restoring her to a life where pain and death will be no more.

I am so sorry for your loss. May God be with the family. You are all in my thoughts and prayers.

I met Mary when I first moved here to NC. she was my first client. I remember thinking that God was giving me a “test.” He was testing my patience in dealing with the elderly, my biggest fear. but I soon realized that she was so sweet and caring under her tough exterior. She would greet me everytime I came with a big smile and the happiness in her face to see me made me feel so welcome. she would send me off with an “I Love you, be careful” You will be missed Mary. thanks for making me less afraid of dealing with the old!

Our thoughts and prayers are with you all. I wish Greig and I could be there for the services.

We love you Nannie and will miss you very much.

Charlie & I are continuing to pray for you and your family during this time of your mother’s passing. We know she was well loved and will be missed by everyone.

May God bless you with His love and peace during this time. What a beautiful lady.

Heaven gets sweeter every day. Much love and prayers,

Please know my heart is with you including thoughts and prayers. Aunt Mary Kathryn always praised her children and grandchildren and was her favorite topic of discussion. She is loved and will be one of my heroines for making her mark in our little corner of the world. Her brothers love her dearly and she will be missed. Lov and Hugs, Sharon