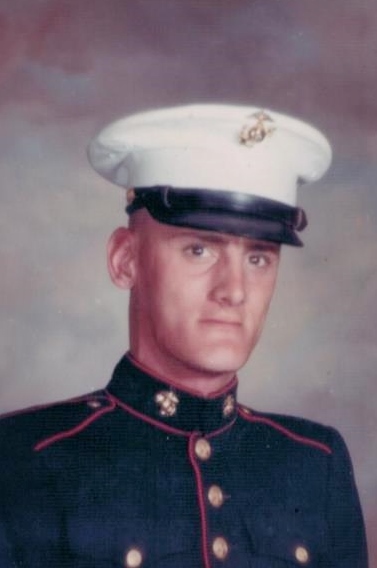 Maurice Garner ìBuddyî Almany, Jr., 69, of Pisgah Forest passed away Sunday, March 22, 2015 at the Charles George VA Medical Center after a period of declining health. A native of Buncombe County, he lived in Transylvania County most of his life. Buddy was a son of the late Maurice and Marie Lytle Almany, and the late Georgia T. Almany. He was also preceded in death by a sister, Barbara Jean ìTogyî Walker. He proudly served with the Marine Corps during the Vietnam War.

A funeral will be at 2:00 pm Friday in the Forest Lawn Funeral Home Chapel. Rev. Ron Nelson will officiate. Burial will follow in Forest Lawn Memorial Park. Military graveside rites will be conducted by Hubert M. Smith American Legion Post #77, Hedrick-Rhodes VFW Post #5206, DAV Chapter #14, and the Marine Corps Honor Guard. The family will receive friends from 1 to 2 pm prior to the service in the chapel.

TO BUDDY’S FAMILY: YOU WERE LUCKY TO HAVE HAD SUCH A HARD WORKING MAN FOR YOUR BROTHER, HUSBAND, FATHER, GRANDFATHER. HE WAS FULL OF WIT. EVERY TIME YOU WERE AROUND HIM YOU LEARNED A NEW LINE OF WISDOM. HE CERTAINLY WILL BE MISSED. TAKE PEACE IN KNOWING HE LOVE YOU ALL VERY MUCH.

Please accept my heartfelt condolences and I hope that in a small way they help through the difficult days ahead for all of the family.