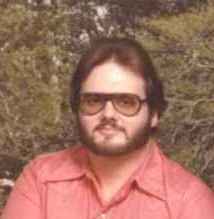 Michael L. Jones, 56, of Hendersonville passed away Sunday, April 28, 2013 at Memorial Mission Hospital after an extended illness. A native of Buncombe County, he lived in Henderson County for the past sixteen years. He was a son of Paul and Dorothy Jones of Leicester. He was preceded in death by his son, Jonathon Michael Jones. He was a wonderful husband, father, grandfather, and son. He was a kind-spirited, good-hearted soul who never met a stranger. He loved music, life, and most of all his family.

A funeral will be at 2:00 pm Thursday in the Forest Lawn Funeral Home Chapel with Rev. Robert Garren officiating. Burial will follow in Forest Lawn Memorial Park.

I’m sorry to see the passing of Mike. He was a good friend for the 4 years of high school.

I am so sorry I can not attend the service. I hope you will call me if you need anything.

My heart breaks for you. You loss is unmeasurable. I pray you can find comfort in the days to come knowing Michael is in a much better place and his body is whole as it was much long ago. He will continue to have his arms around you and the kids protecting you and guiding you until you see him again. I will continue to remember his smile and that funny sense of humor of his.