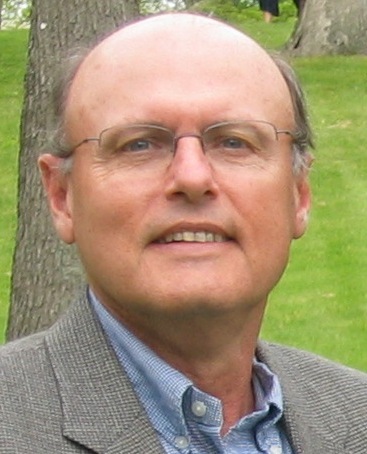 Parke K. Flick, 64, of Hendersonville, NC, died Monday, March 7, 2011 while on a scuba diving trip to Bonaire in the southern Caribbean.

The son of Virginia and the late H. Parke Flick of French Lick, IN, Parke was a 1964 graduate of Springs Valley High School, French Lick. He received his B.S.Ch.E. and his M.S. in organic chemistry from Purdue University and his Ph.D. in chemistry from Harvard University. From 1977 to 1984 he was Asst. Professor of Biological Chemistry at the Wright State University School of Medicine, Dayton, OH. From 1984 to 2003, he worked as Director of Biotechnology Research for U.S. Biochemical Corp, which later became Amersham Pharmacia Biotech, in Cleveland, Ohio and Piscataway, NJ. He worked briefly as Director of Molecular Biology for the 454 Life Sciences Corp. in Branford, CT, then served as an adjunct professor of chemistry at The College of New Jersey, in Ewing, and taught chemistry at North Hunterdon Regional High School in Clinton, NJ before retiring to Hendersonville in 2006.

Parke loved the mountains of Western North Carolina and was happiest when he was out hiking in those mountains with the High Country Hikers. He volunteered with the North Carolina Forest Service doing trail maintenance. He also enjoyed playing golf, reading history, and classical music. He rang tower bells at St. James Episcopal Church and was treasurer for the Foxwood Property Owners Assoc. But his real passion was scuba diving, which he had pursued avidly for the past 15 years. This was his second trip to Bonaire.

Parke is survived by his mother, Virginia Flick, of French Lick, IN; his wife of 34 years, Sharon Johnson of Hendersonville; his two sons, Aaron Flick of Columbus, Ohio and Mark Flick of Lambertville, NJ; his sister Elizabeth Ann Charnes of Hilton Head, SC and his brother William Flick of Paoli, IN.

A memorial service will be at 10:00 a.m. Saturday, April 2, 2011, at St. James Episcopal Church in Hendersonville followed, at a later date, by a graveside service and interment in French Lick, Indiana.

Parke was one of the most decent, intelligent and honest people I have ever know or with whom I worked. I wish that we had kept more contact over the years. My heart goes out to Sharon and your family. Parke you will always be missed. Tom

So sorry to hear of Parke’s passing. We are neighbors in Foxwood. Ever need us for anything let us know. Wayne & Andrea Roberts

We’re so sorry to hear of Parke’s passing. You and your family are in our thoughts and prayers.

Parke was a pleasure to know and to have as a member of our communityL. If extra hands were needed he was there. Parke will be missed.

Our sympathy to you all.

So sorry to hear of Parke’s passing. Keeping you all in our thoughts and prayers.

No words can express our heartfelt sorrow for you and your family. We have many fond memories of Parke.

Parke was a wonderful addition to High Country Hikers. He was quiet and thoughtful, yet shared his extensive knowledge and experience willingly. He was a fine man and we will miss him.

I will deeply miss Parke on our Friday trail maintenance outings. He was a strong hiker and a good worker. We hope happy memories give you support in this difficult time.

Parke will be missed by many. He was a great asset to our nighborhood, a fun competitor on the golf course, a hard worker on our trail maintenance crew and a great guy on hikes with the High Country Hikers. We have lost a great friend.

We will miss and never forget you; our many hikes and trail work. Nay Ann & Ralph