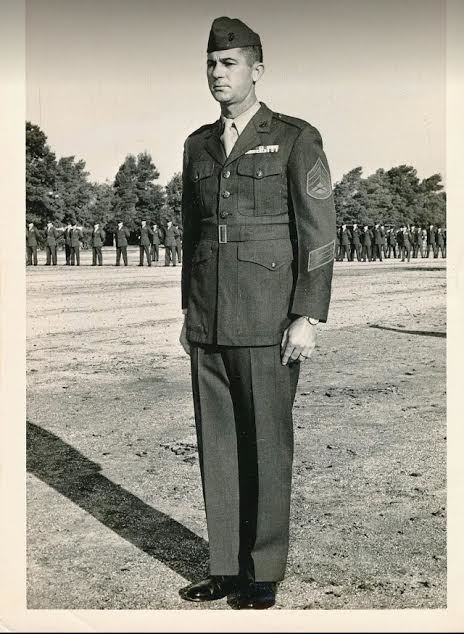 Paul Dean Gordon, 81, of Saluda, passed away August 05, 2015, at St. Josephís Memorial Mission Hospital. He was surrounded by family, friends, and an exceptional staff of doctors and nurses. A native and lifelong resident of Henderson County, he was a son of the late Ed Franklin Gordon, Sr. and the late Dora Davis Gordon. He was also preceded in death by two brothers, Oscar M. Gordon and Rev. Walter Gordon; sister, Ruth Ledbetter; daughter Cheryl Kienker; son Robin Gordon; grandchildren, John Ingle, Thomas Gordon and beloved wife Mary Frances Gordon. ìFranî passed away last December, she was Paulís everything. This August would have marked their 60th wedding anniversary.

He carried the Semper Fi ìalways faithfulî motto close to his heart as he was a dedicated and devoted husband, father, grandfather and United States Marine. He enjoyed spending time with his family, cooking great meals, going on beach trips and fishing. Paul grew up in Saluda NC and enlisted with the United States Marine Corp in 1952. He served during the Korean War, was deployed during the Cuban Missile Crisis, two tours in Vietnam, 1965-1966 and 1969-1970. He retired from the Marine Corp, a First Lieutenant, in 1972 after serving 20 years. He received several ribbons and awards of commendation and is a life member of the Marine Corp League. He also worked for the United States Forest Service and Wilsonart Laminates as a security officer for several years.

Funeral services will be held on Sunday, August 9, 2015 at 2:00 pm in the Chapel of Forest Lawn Funeral Home. Chaplain Arthur Slagle will officiate. Burial will follow in Forest Lawn Memorial Park. The family will receive friends Saturday afternoon at the funeral home from 4-6pm.

ìSome people spend an entire lifetime wondering if they made a difference in the world. But, the Marines don’t have that problem.î― Ronald Reagan

My thoughts and prayers go to you Kay Gordon and your family.

We are so sorry for your family’s loss. We knew and liked Paul for many years. So sad…

i’m so sorry for your loss. Praying for everyone.