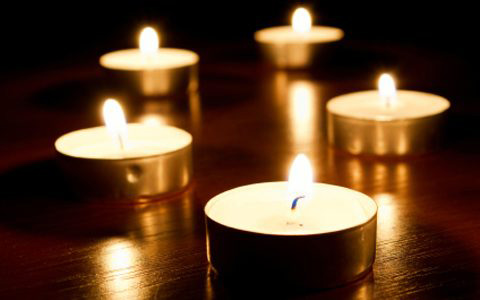 Make your own slideshow at Animoto.

Paul Jones was a man who always committed 100% to every endeavor.

Even days before his death, his love and commitment to his wife of 57 years prevailed. He asked his granddaughter Angela to get Nanlyn a special Valentine’s Day card signed “Forever, Paul” and a bouquet of red roses.

His love of family was unmatched and he taught his daughters Janet and Marilyn the same values. Paul was proud of his girls’ achievements as they both married men with strong values and went on to establish businesses with their husbands, West Bay Development and MKJ Marketing.

Marilyn and Janet’s children, Courtney and Angela Gould and Jason Paul Vasquez loved their grandfather. He was always there for them and encouraged them to achieve their highest goals. Paul couldn’t have been happier to watch Angela on stage, see Courtney go to Vanderbilt and be part of the celebration of Jason Paul’s marriage to Lori. Paul felt that his faith in the Lord provided him with the best, because He expects us to deliver our best. Paul did just that for his family.

Paul would tell you that he received all his strength from the Lord. His commitment and personal relationship with Jesus Christ was solid and unwavering. Paul took his understanding of the Bible and practical applications and started three churches and served on countless boards including Chairman of the Board of Bible Literature International. He enjoyed sharing God’s love with others and focused on living each day with respect for those around him and honoring his Heavenly Father.

His faith guided him throughout his life to “give it his all.” He was Vice President of Greenfield Printing and Publishing Company in Columbus, Ohio for 37 years.

He supported the owner of the company, Wilson Moon, and together they grew the company from 18 employees to 102.

Paul did all the selling and brought in revenues of over 20 million annually for the company. Even after retiring, he was sought after by publishing firms because of his reputation. He decided to join Banta in his retirement and agreed to work out of his home in Florida so he could be near his grandchildren.

Paul was a man of integrity, courtesy, and courage. Everyone close to him knew he was full of jokes and always upbeat, singing songs and playing instruments for those he loved. Paul’s passion for life, his faith in God and his love of family made him the man he was. He was a treasure the Jones family and the world had for 84 years…it wasn’t long enough.