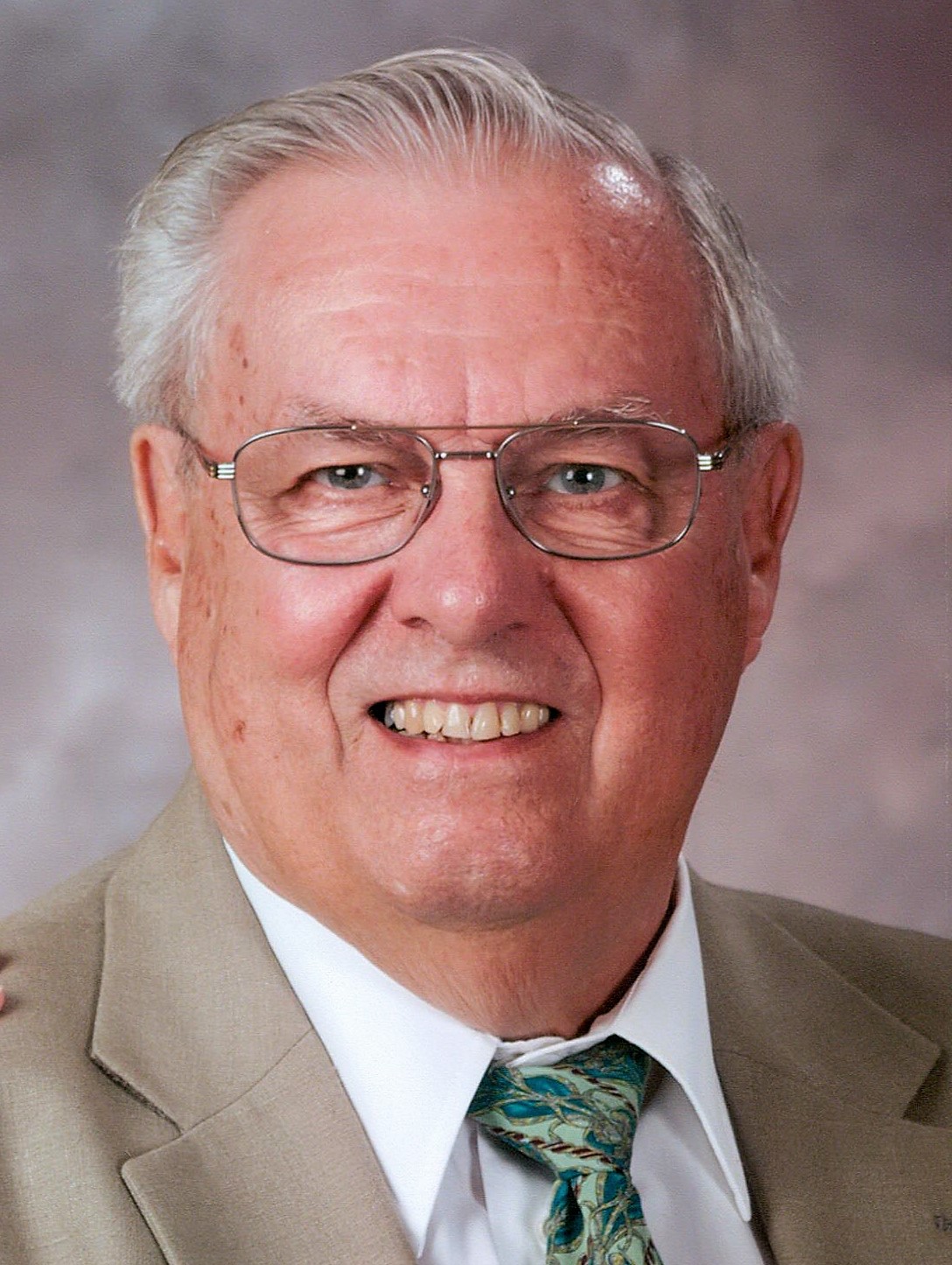 Born on July 15, 1937 in Morris, IL to Calvin and Florence (Killham) Perry, he received his education in Morris schools, graduating from Morris Community High School with the Class of 1955.

Upon graduation, he began a 39 year career with Federal Paper Board. He started as a pressman at Morris and was foreman of the printing department when he re-located to Elkhart, Indiana in 1980. In 1988, he was relocated again, this time to Hendersonville, N.C. and at the time of his retirement in 1994 was Plant Superintendent.

At the age of 13, he met the love of his life, Sarah A Johnson. Mike and Sarah were married on September 20, 1958 at Immaculate Conception Catholic Church in Morris, IL.  Together, they raised five children. They were married 61 years.

Mike was a member of Immaculate Conception Catholic Church in Hendersonville, the Antique Automobile Club of America (AACA), and Great Smokey Mountain Region Car Club (GSMR). Mike enjoyed woodworking, grooming his yard and flower beds and antique cars, especially his 1950 Willy’s Jeepster. He loved his family deeply and cherished spending time with them. He was a friend to everyone he met.

He is survived by four children; Diane Rogers, Marjorie Bigbie, Andrew and Tracy Perry of Hendersonville and David and Chris Perry of Morris, IL; nine grandchildren, Karen and Scott Kindelspire, Russell and Carmen Rogers, Noah Perry, Clayton M. and Nicole Crowley, Ben Crowley, Sarah and Justin Wilbern all of Illinois and Amanda Bigbie and Emily Perry and Eric Perry of North Carolina; 24 great-grandchildren with two on the way and 5 great-great grandchildren with two on the way, his sister Susan Mitchell, a sister-in-law, Joan Perry, both of Illinois and  numerous nieces and nephews.

He was preceded in death by his wife Sarah in 2020, his daughter, Elizabeth in 2004; a grandson, Nathaniel in 1987; his parents; his brother, C. Gene and his wife Marcia; sister, Sylvia Close and her husband Richard; brother, John L.; brother-in-law, Harry Mitchell, and sister-in-law, Elizabeth Carter.

A private Mass of Christian Burial will be held with only immediate family in attendance and a Celebration of Life will take place in the spring with a date yet to be determined.

Memorial gifts may be made in Mike’s name to Immaculate Conception Church in Hendersonville, GSMR Memorial Scholarship, or to Four Seasons Compassion for Life.

The service may be viewed by clicking the link below.

My deepest condolences to the entire Perry family. Mike was a good, friendly man, a neighborhood dad who looked after all us kids growing up on East Jefferson St. in Morris in the 60s and 70s. Rest peacefully, Mike.

One of my Fondest memories i was just a little girl, Uncle Mike and Aunt Sarah came to visit they had baught for me just because i was already reading, a hallmark hard cover pop up book titled thumbelina. i read and played with all it;s action spots on each new page and to this day I still love the book and cherish it. everything in it still works and i will always treasure it and the memory it holds. the only wear to the book is its spine but it and all i hold dear about it will always be treasured. Miss you and love u both so much.

Perry Family;
Our thoughts and prayers are with you! Mike was a good friend and a real asset to our car hobby the GSMR! Thanks Mike for all the memories!!! 🙂

Our deepest condolences. We are so thankful we were able to get to know Mike over the years. Mike was a very special person and will be greatly missed.

My sympathies to the family. I have wonderful memories of hanging out at your house in the old neighborhood.