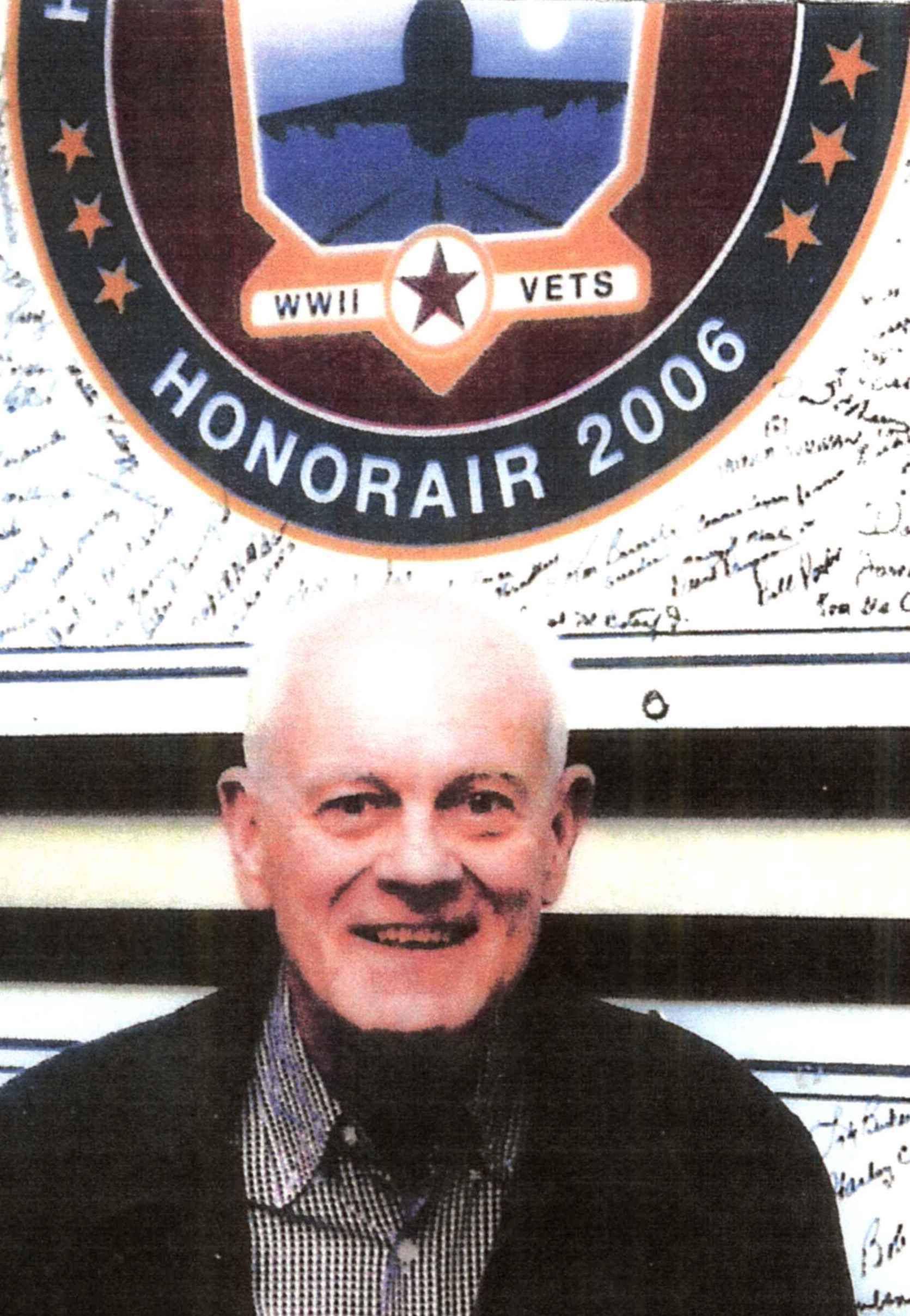 R.C. Rittenhouse, born July 27, 1926, a native of Philadelphia, PA and fifteen year resident of Hendersonville, passed away on Thursday, May 10, 2012 at the Elizabeth House. He was the only child of the late Charles P. Rittenhouse and Ruth A. Zohe. He enlisted in the Army Air Corps in 1944 and served as Tail Gunner along with a variety of other duties for the 20th Air Force on Guam until his discharge in 1947. At the time of his death he was a member of VFW Post #5206, Chapter 14 of the DAV and Hubert M. Smith American Legion Post #77, all in Hendersonville. He was greatly honored to be one of the first group of WW II veterans to visit their memorial in Washington, DC through Honor Air. After his service in the military he met and married his wife Virginia in 1953. He is survived by Virginia and their two sons, Richard A. and Steven C. Rittenhouse. He is also survived by his four granddaughters, Adina Young and her husband Jonathan, Heather, Melissa and Amy Rittenhouse and two great-granddaughters, Ava and Gwen Young. During his long career in technical publishing, he was managing editor and editor of a variety of magazines in the automotive, boating and engineering fields. He retired from Power Engineering in 1995 and moved with his wife to Hendersonville. From 1995 until his recent illness precluded more work, he completed Part I of his Saga of the Rittenhouse Family. Part II was incomplete but his son Richard brought it up to date as best he could so that his father could see it before he passed. These books were written as a history for the benefit of his sons and his grandchildren, those here and those yet to be born. He had stated on numerous occasions that his life’s pride was his family, his military service and his career. He is much loved and will be greatly missed. A memorial service will be held 1:00 PM Friday, May 18, in the Gazebo at Forest Lawn Memorial Park. Military honors will be rendered by VFW Post #5206, Chapter 14 of the DAV and Hubert M.Smith American Legion Post #77.

I am sorry to learn of R.C.’s passing. In the 6 1/2 years I have been Director at RittenhouseTown, R.C. and I spoke on numerous occasions as he worked to complete the first volume of his Saga. He sent me a draft a while ago. I grew up in Plymouth Meeting and he and I would talk about the way things used to look in the 1950’s and 60’s. I last spoke with him just a couple of months ago.

My thoughts are with you.

Ginny, I was so sorry to hear of RC death. I know how close the two of you were and you will now have a lovely relationshop from afar. He will be with you all the time. I will hold you in my prayers. Loni

We are so sorry to hear of RC’s passing. He was a great friend when we lived in H’ville.

You and your family are in our prayers and we know that God will take care of RC.

I am so sorry for your loss. You are special to me and so many others. Take care of yourself, you’re in my thoughts and prayers, and I’ll call to check on you in a little while. Love, Joan

Steve, I am sorry for your loss and am thinking about you at this time. I am glad that your father was able to attend Honor Air. I cannot imagine what he gave for me and countless others for our freedom. May God hold you and your family at this time.

My sincere condolences to the family in your time of loss. It was my priviledge to help care for Mr. Rittenhouse in Dr. Moffatt’s office. He was truly a special man.

we love you very much, and are so sorry for your loss. please don’t hesitate to call on us if there is anything we can do to help you through these trying times.

Know that my heart and prayers are with you.

I’m so sorry for your loss. Remember I love you and that you are in my prayers!