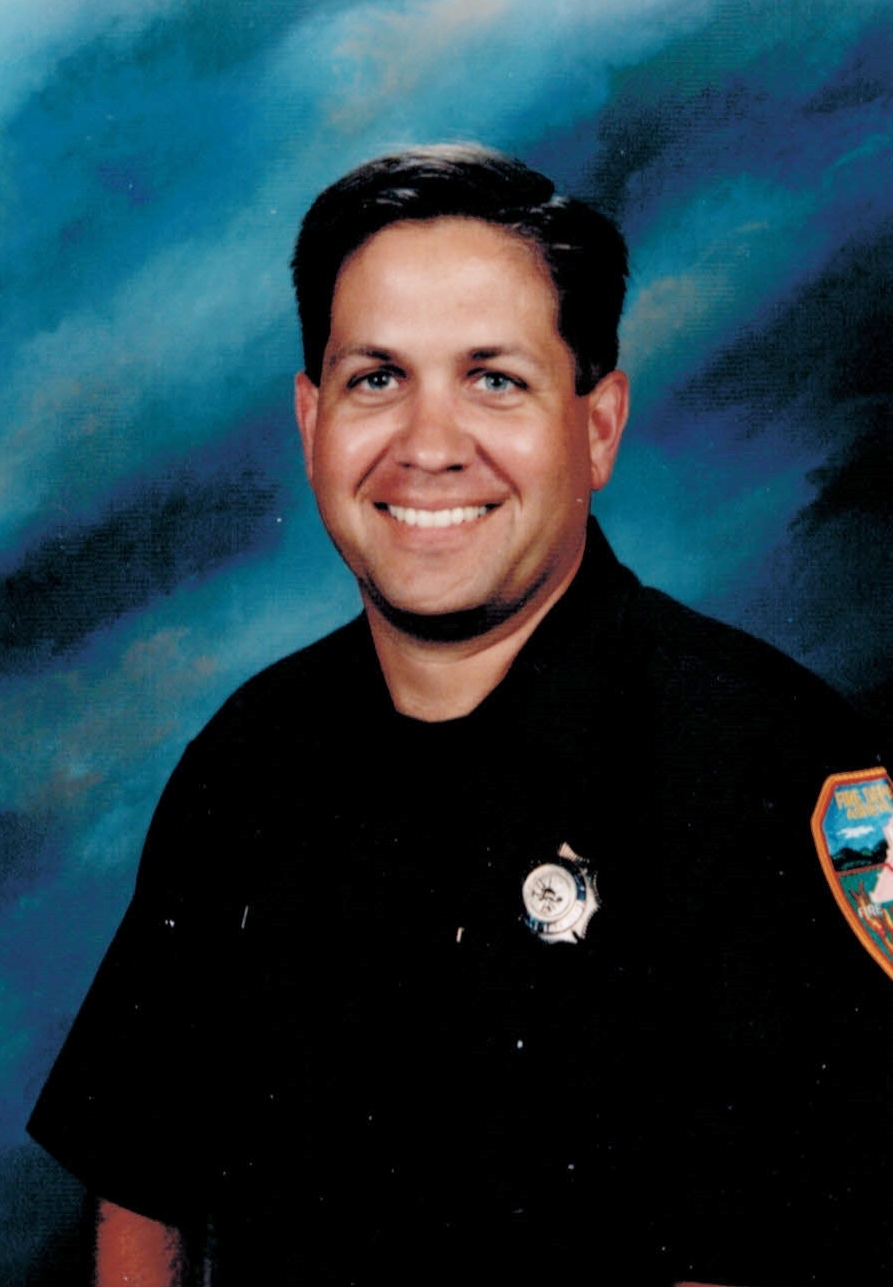 Richard James ìRickî Hosack, 50, of Colorado Springs, CO, and formerly of Henderson County, died unexpectedly July 22, 2014 in Colorado Springs from a heart related illness. Born in Miami, FL, he was a son of Anita V. and Edgar R. Hosack, Jr. of Mills River. Rick was a Contractor Salesman with Lowes in Colorado Springs. He was a graduate of Hendersonville High School and Western Carolina University. Rick retired from the Asheville Fire Department and was a general contractor in Henderson County. An Air Force veteran, he was an Airman who served honorably as a Fire Fighter and Fire Instructor during his enlistment from 1981 through 1989. Rick was a member of the Asheville Fire Fighters Association. He loved the Rocky Mountains, the Colorado atmosphere and skiing. Rick was a loving father, son, pop-pop, brother, uncle and friend. He will be greatly missed. ìEven though our hearts are breaking, we know youíre in a better place. Until we see you again, We love youî.

A funeral mass will be celebrated at 10:30 am Saturday, August 2, 2014 at Immaculate Conception Catholic Church. Father Martin Schratz will be the celebrant. The family will receive friends from 6 to 8pm Friday evening at Forest Lawn Funeral Home.

In lieu of flowers, donations may be made to Asheville Fire Fighters Association, 18 Regent Park Blvd. Suite G, Asheville, NC 28806, or to the donorís favorite charity in Rickís memory.

I am Ricky’s cousin from Florida. We never got to know each other because of our distance. I am sad about his passing. We all should live our lives to the fullest and tell our loved ones daily how much we love them.. Life is short! May you rest in peace!

My thoughts and prayers are with your family and friends. May you rest in peace.

I was sadden to hear of the loss of Rick. I had not seen him since the days at Immaculata. I know that he will be deeply missed. My love to the family.

I am sorry to hear this. I was in Rick’s graduating class at HHS, and attended Immaculate Conception also. Rick is well thought of among peers and will be missed… My best to the family….

My most sincere condolences to your family. I grew up with Rick, attending Immaculata at the same time. Rick was in my brother, Chris’ class. I was good friends with Margie growing up, and want to offer my prayers for Miranda, Andrew and the boys. God Bless.

Our family sends our deepest thoughts and prayers to your family at this time.

this is from Travis Also, He knew you as a great bro n law, loved you for your kindness, being his friend was a honor, prayers going out to you family,