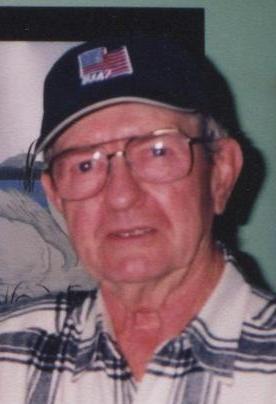 He was a native of Polk County and lived in Detroit, MI for 23 years and then Henderson County for 43 years. He was the son of the late John Riley and Lula Henson. In addition to his parents, he was preceded in death by four sisters and three brothers.

He worked at Montgomery Ward in Detroit, MI for 23 years and for General Electric in Hendersonville for 13 years.

He was a member of Zirconia Missionary Baptist Church.

My thoughts and prayers are with you all in this time of sorrow.

So sorry to hear of the loss of your Dad. PR really thought a lot of him. We will be praying for you and your family. May the Lord bless you during this time.

I am so sorry to hear about “Pa”. My heart is broken but I thank God that I know I will see him again some day. He was always so sweet and so good to me. I will never forget him and I loved him very much. Every time I told him I did he would say “right back at you”. My prayers are with each of you. He will be greatly missed.

Sorry for your loss. I will be praying for you.

We part, yet we do not separate. Those that know the Lord are ushered to the Thrown, soon to see those whom we have parted from as they too follow through the Pearly Gates.

Allen and Genelle (Henson)Carter will meet you in the garden (along with each that has gone before you) and all will rejoice.

The view from the mountain could hardly prepare you for what you are seeing now!

I wish peace to all that must wait behind as it is with sorrow that we part yet WE DO NOT SEPERATE!

Sorry to hear about the lost of Richard. He was a God fearing husband, father, and grandfather. He was willing to help out no matter what it might be. He loved doing his garden, mowing his grass and other’s peoples too. Him and Lola aways like sitting on the purch together and watch the sun go down. Richard taught me so much. THANK YOU!!! I know where Richard is and I will see him one day when it is my time to go. I LOVE YOU!!!!

Our prayers are with the family. May God bless and keep you. His grace is sufficient for all needs.

Richard was our, friend our coworker. at General Electric and was married to a relative of Doris.

He was a kind and generous person who will be missed by all who knew him.

Loved Richard and will miss him. God bless the family.