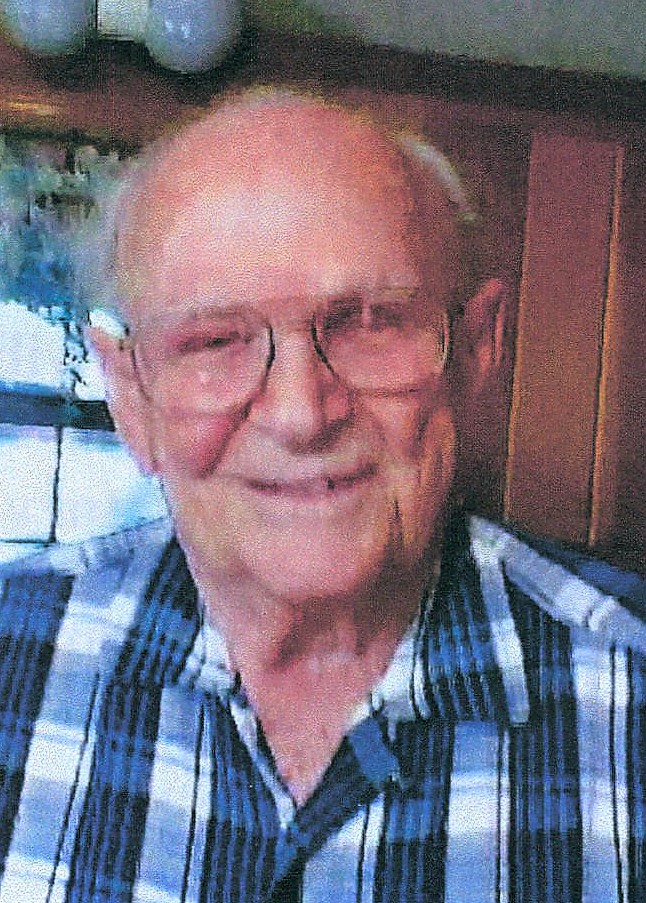 Richard “Dick” Weatherly recently went to be with the Lord at the age of 94. He was a son of the late Cecil and Genevra Miller. He was also preceded in death by his wife, Marjorie Weatherly and son, James Weatherly.

Dick had a long career with the Army Corps of Engineers surveying the Great Lakes, which was a job he really enjoyed. He found Christ as his Savior and Lord in his mid-forties and served in children’s ministries, taught bible studies and served as a deacon in several churches. He kept Christians up to date concerning bible prophecy and current events until the time of his passing.

A memorial service will be held at 2pm on Friday, November 26, 2021 in the chapel of Forest Lawn Funeral Home with Reverend Jack Maltby officiating. A burial with military honors will follow the service in Forest Lawn Memorial Park.

In the fall of 2013 I first met Dick. My introduction to him was immediately followed by my formal request to court his daughter Donna. He agreed, and Donna and I were married in March of 2014. I found a solid camaraderie with Dick, as we both had worked in the field of engineering, and enjoyed fishing and the shooting sports. We also each had traveled many miles when younger on that two-wheeled freedom contraption, the motorcycle. Although i was sad to see him go, i believe that God called him at the right time, since I could tell that Dick was getting ever more homesick for his new residence in heaven. My life is much richer for having known you, Dad.

Dick was a faithful witness to the LORD always keeping friends and family informed on Bible current events and scriptures. Dick wanted all to come to the saving knowledge of Jesus Christ. We rejoice in knowing that he is at home with his LORD and treasure our 15 years of friendship with Dick and Marge.