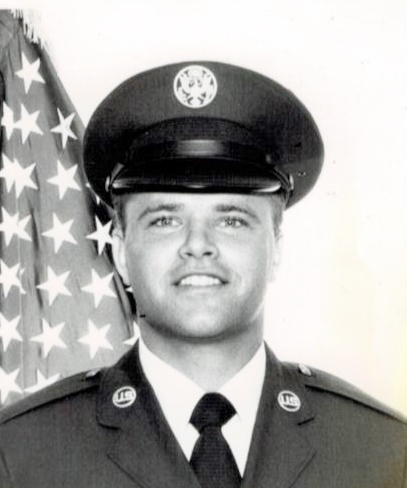 Ritchie D. Morgan, 58, of Milford, DE, formerly of Henderson County, passed away Monday, July 20, 2015 at Charles George VA Medical Center after a brief illness. He was a son of the late J.C. Morgan and Jane Morgan Myers of Hendersonville and the late Robert Ray Myers.

Ritchie was a graduate of T.C. Roberson High School and Delaware Technical Community College. He was a lead gaming technician with Dover Downs Hotel and Casino. He was a staff sergeant with the Air Force with thirteen years of service. Ritchie was a member of the First Baptist Church of Milford. Ritchie was an avid NASCAR fan, NFL football, and UNC basketball fan. He was also preceded in death by his grandparents, James Isaac and Cora Finger Gilliland.

We are eternally grateful that God blessed us with Ritchie. His laughter and love will forever live in our hearts.

A funeral will be at 11:00 am Saturday, in the Forest Lawn Funeral Home Chapel with the Rev. Anthony Craver officiating. Burial will follow in Forest Lawn Memorial Park with Military honors conducted by Shaw Air Force Base. The family will receive friends from 10 to 11am, prior to the service in the chapel.

My prayers are with all the family during this time. God comfort you all.

Our sincere sympathy to the Morgan families on the passing of Ritchie. Our thoughts and prayers are with you all at this time.

Mom and I are sorry for this painful time.