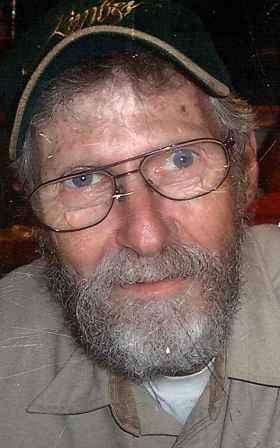 Robert A. ìBobî Marshall, Jr. 67, of Hendersonville, entered into Heaven Monday, July 9th at his home. Robert grew up in Savannah, GA and was a resident of Henderson County for 37 years. He was the son of the late Dr. Robert and Elizabeth Marshall and was also preceded in death by an infant sister, Sarah Marshall.

Mr. Marshall was a member of New Hope Baptist Church and served in the U.S. Air Force Reserves. The most important things to him were God, family and friends. His free time was spent in the woods instilling his passion for hunting in his children and grandchildren. He was an endowment member of NRA and was a cherished husband, father, Pop Pop and friend.

He was one of the most wonderful and loving men I’ve ever met. Heaven is rejoicing .

Nancy-sorry for the delay in this message, just happened to see this on line. Our prayers are with you. I know God will put and has His loving arms around you and your family.

We are so very sorry for the loss of such a wonderful man. Heaven gained an angel.

love and prayers to you all.

Nancy, I am sorry about Bob. He was a sweet spirited man. I will be praying for you and your family in the days ahead. Bless you!

Nancy, we are sorry to hear about your loss. We will pray for you and your family during this difficult time.

so sorry for your loss,we were buddies and are fortunate to have known Bob

We are so sorry for your loss. We are praying for your family.God will be with your during this time of sorrow in your life, but know that God has gain a great angel! God Bless you all!

My thoughts and prayers are with your family with the passing of Bob. I work at the processing plant and Bob was always so kind and friendly to me. He will be greatly missed by his post office family

We are sorry to hear of

Bob’s passing this week. You and your family are in our thoughts and prayers.

Nancy I am so sorry to hear about Bobby. My thoughts and prayers are with you and your family. I know he will be greatly missed. Love and prayers