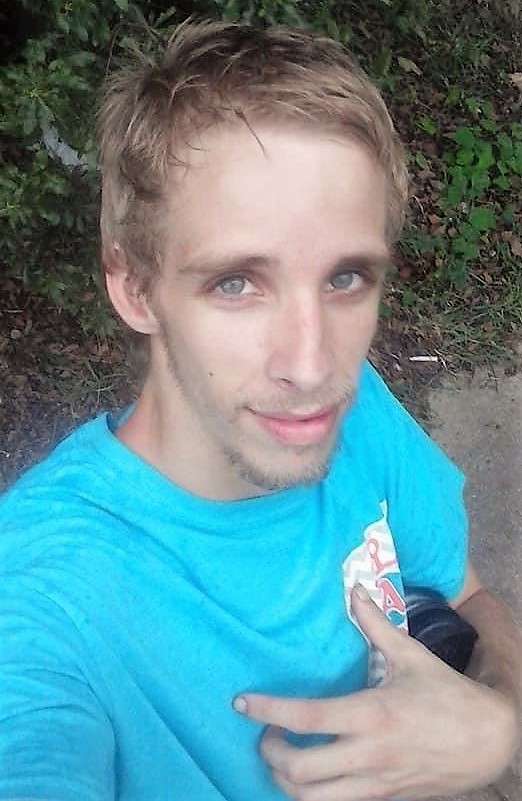 Robert Clinton Matheson passed away on the evening of September 29, 2021 in Hendersonville, North Carolina. He was 30 years old and will be dearly missed by his family, but we take comfort in the faith that he is now roaming the heavens with his grandparents.

Born December 30, 1990 to Donna (Williams) Wilson at Mission Hospital in Asheville, Robert was named after his maternal great grandfather – carrying on a tradition in his mother’s family to name the first-born son after her grandfather. He was a lifelong resident of Henderson County and spent much of his time serving his local community.

He is preceded in death by his grandparents, Clyde Grady Williams and Jean (Whiteside) Williams, as well as his stepfather, Ricky Dean Wilson. He is survived by his mother, Donna (Williams) Wilson; his sister, Holly Matheson and her children (Ryan and Haylie); uncle, Donald Williams and wife, Gail; aunt, Kay Williams, and several cousins.

The impossible task of capturing Robert through an obituary, we were never prepared to write, is a monumental task. To those who really knew him knew he was warm, hilarious, fearless, adventurous and incredibly loving. He made sure to end every conversation and every phone call by making sure you knew it, too. If Robert loved you, there was never a chance of not knowing that because he never failed to say so.

As a child, Robert enjoyed much of his time playing basketball, exploring the woods, spending time with his grandparents and climbing trees with the community of friends he had found in the neighborhood that he grew up in. Always his Mama’s biggest fan, and never ashamed to make that known, Robert was just a little bit famous around the family for calling home half-way into a summer vacation with his grandparents and wanting his Mama to come pick him up because home with her was always where he wanted to be. Throughout all of his life that trait never changed, and there was never a time when Robert was willing to go too long without his Mama.

From a very young age, Robert cared about his local community. He and his sister would sell candy for school, of course, but Robert was always one to take that a step further. He was never ashamed to knock on someone’s front door and ask them if there was anything he could do to help them. That initiative resulted in Robert becoming someone who often and frequently dedicated his free time to mowing yards, doing residential work or simply being someone who could be counted on to be there to help his community. In fact, as a family, we are sure that one of the last things Robert did with his life was to give back to his local community.

Robert enjoyed spending weekends watching the St Louis Rams football games with his stepfather, Rick. Even as an adult, Robert carried on pulling for the LA Rams every football season.

Having become an uncle as a teenager, Robert really had a knack for being one. He enjoyed spending time laughing, joking, exploring the outdoors, watching movies and bonding with his niece and nephew. Together, the three of them spent a lot of time together and it is through his relationship with them that we will forever know the loving father that Robert would have been.

A celebration of life will be held at Forest Lawn Funeral Home from 6pm until 8pm on the evening of October 18. The family asks that flowers be sent to Forest Lawn.

Robert will be dearly missed. He was a good guy, with a gracious attitude, who cared about his family and friends. A fun person to be around, always helpful, and an awesome uncle to his niece and nephew. Robert had potential, it is a tragic loss.

My thoughts and prayers are with the family. Mike Matheson and Donna Wilson a parent should never have to bury their children. I pray that God will ease your heart break… Robert we love you and will miss you R.I.P. my sweet nephew.

I am so sorry to hear about your loss. May you find comfort knowing that he is up in heaven with Granddaddy and Grandmother laughing and having a great time together. Love

So much love ❤️

Donna, Donald and family ~. I doubt you would remember me from many years back at Barker Heights Baptist Church when we were growing up. I am so sorry to read of your loss. Robert was taken too early. We don’t understand why. I send my thoughts, prayers and deepest sympathy to you all. May God’s grace sustain you all as you walk this journey to grief.

I am so saddened by the unexpected loss of such a kind-hearted young man as Robert. I know he will live on in the hearts and memories of our family. I wish I could be there to celebrate his life as he deserves to be recognized for all of the good that he spread in this world. Sometimes it seems like it was just yesterday when we were kids running around at our grandparents’ house. My heart goes out to his loving mother, my aunt Suzi, and his sister Holly. Love you both.

It’s never easy to lose someone, especially as young as Robert. We weren’t close, but I know he was very loved by his family and he loved them. Anytime I ever saw him he was always kind to those around him. I passed by him not too long before this happened. He was speaking with an elderly man, smiling and really listening to his story on the bench. It was a quick passing by, but I’m sure Robert made that man’s day so much more special. Sending my condolences to you all, especially Donna. No mama should ever have the pain of what you’re going through. May Robert rest easy, and finally know true peace.

Robert was always a respectful, friendly young man. He loved his family and especially his mother. I am so sad for his mother and sister that he is gone so soon, but he will always be with us in our memories.

My baby brother you have always been, but you were also my very first best friend. I am so grateful to have grown up alongside you, Robert. I am so grateful to have known you and to call you my baby brother. I wouldn’t be who I am today without you. You are so loved, you always were, and I will forever miss you just as much as you will forever guide me now. I have angels on my shoulders and of that I am sure.