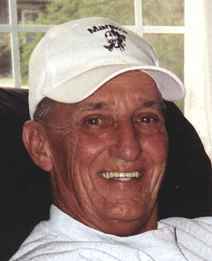 Robert ìBobî D. Strickland, 71, of Hendersonville, beloved husband, father, and papaw, went to be with the Lord on Tuesday, July 17, 2012, at the Elizabeth House. He was a native of Madison County and lived most of his life in Henderson County. He was preceded in death by his parents, Elmer Lee and Elizabeth Ruff Strickland, and his brother, Billy Lewis Strickland, who died serving his country in Vietnam.

Bob attended Edneyville High School, prior to entering the U.S. Army for four years, during which he was stationed at Fort Benning, GA and in Korea. He was employed at Kimberly-Clark for over 32 years. He was a member of Crossroads Baptist Church, was an avid golfer, and he loved country music.

A funeral will be at Maranatha Baptist Church at 1:00pm Saturday, with Rev. Blair Stewart officiating. Burial will follow at Forest Lawn Memorial Park with military rites conducted by Hubert M. Smith American Legion Post #77, Hedrick-Rhodes VFW Post #5206, and DAV Chapter 14. Pallbearers will be Gary Lockaby, Brad Johnson, Randall Johnson, Lex Justus, Kent Nicholson and Jeff Pace; honorary pallbearers will be his golfing buddies, Charles ìChuckî Jackson, Fred Dotson, Tommy Jones, Bobby Bennett, Eddy Owens, Shane Bradley, Ray Godfrey, Jim Ball, and Tom Hatchet. The family will receive friends from 11:30am to 1:00pm, prior to the service and at other times will be at the home. Memorials may be made to Four Seasons Compassion for Life, Elizabeth House, 571 South Allen Road, Flat Rock, NC 28731.

I was so sad to read of bobby’s passing. He was such a nice person, at true gentleman. We were on the same team at berkley; where he always went beyond the call of duty to help others. I am sorry to say it has been many years since I saw him. I pray God’s peace for you all as you go thru the grieving process. Be blesses!

I am so sorry to hear about your dad. I didn’t hear about this until today. Please know you are in my prayers. My dad has been gone 3 years and I know how difficult it is.

I just wanted to let you know that I’ve been thinking about you guys and praying for you! I’m so sorry for your loss and know how much you will miss him. I love you all and will keep you in my prayers. Please call if I can ever do anything to help. Love always, Jamie

Please know that each of you are in our prayers. We love you.

We are so very sorry for your loss.No matter how “expected”,it is never easy to say goodbye to those we love,but knowing it is a temporary goodbye gets us through. Praying for all of you.

My heart and prayers go out to you and your family. You

are such a sweet person and I

know the Lord will see you through this with the help of the love of family & friends.

Our thoughts and prayers are with you and your family during this difficult time!

We love you guys,

We want you to know how much your family has meant to us over the years and Jim and Bob were exceptional friends. He was loved and will be missed by both of us. Please let us know if we can do anything for you. We are here for all of you.

Our hearts go out to family at this time of need. Things are tuff but you know he’s in a better place. Waiting on the rest of the family to get there and be with him.

God be with you all.

Sybil, So sorry to hear of Bob’s passing. Oh, how he loved his golf. My prayers are with you. Sincerely, Billie