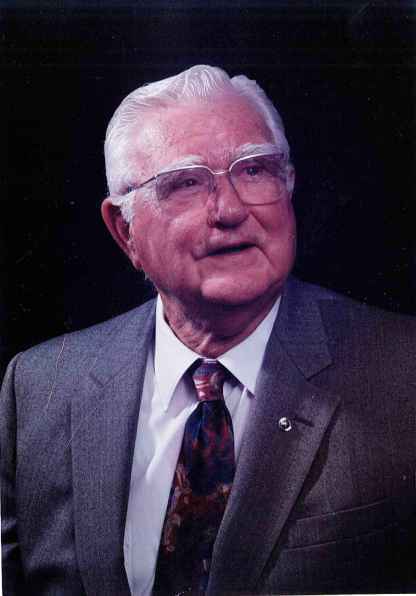 Col. Robert W. Fox, 95, of Hendersonville, passed away Monday, January 24, 2011, at Life Care Center of Hendersonville following a period of declining health. A native of Montana, he lived in Henderson County since 1967. He was the son of the late Lawrence and Myrtle Phillips Fox. He graduated from Air University in Montgomery, AL, and worked with Kermit Edney establishing the first cable company in Henderson County. He was an active member of First United Methodist Church in Hendersonville. He retired from the Air Force after thirty-three years of service during both WWII and the Korean War. He was a member of the Hendersonville Kiwanis Club for forty-one years, and was past Lieutenant Governor in 2001. He was recently recognized as a Member Emeritus.

A funeral will be at 2:00 pm Thursday in the sanctuary of First United Methodist Church of Hendersonville. Revs. Debra Gaddy and Dan Martin will officiate. Entombment will follow at Forest Lawn Memorial Park. The family will receive friends from 12:30 to 2:00 pm in the Barber Life Appreciation Center prior to the service.

Sorry to hear about the passing of your dad. He had a great life. We are going back to Ga inMarch for my mom’s 90th.

A fine man-always a good friend-always in a good mood. I met Bob when I worked at The Times News circulation dept and his son carried a paper route. I am thankful to have known him. My prayers are with you.. Don Gilbert

So thoughtful and kind of you all to remember Bob with your messages. It meant a great deal to me to receive your sympathy wishes.

May you treasure many wonderful memories.

The world has lost a good man and heaven has gained one of the best. I know you all will miss him.

Our prayers are with you and your family.

In time of sorrow, please know that you are not alone. Can’t you picture Don welcoming Bob Home?

God is with you as you grieve your loss.

A salute to a fine man and a great commander. I worked for Col. Fox at the GEEIZA Squadron at Robins AFB, GA. He was the only commander I had that was from my home town. I was in his retire-ment ceremony when he retired from the Air Force. I have fond memories of his visit to Washington, DC which was my tdy location. For many years my brother-in-law cut his hair at Helms Barber Shop.

Your father helped me one Christmas for the Junior Welfare Club as “Santa Claus”. He was highly regarded in our community.

Caroline lives in Charlotte with her husband & 3 children, not far from Carowinds, to which we made a trip for your Brownie troop.

Blessings to your families,

He made contributions to Henderson County, particularly in the area of mental health. He will be missed.