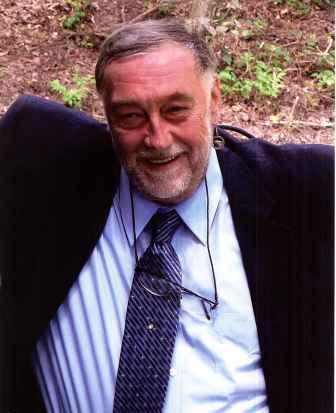 Ronald Corn, 64, of Hendersonville, died Friday, October 26. A native of Buncombe County, he was a son of the late Eley and Daisy Belle Jenkins Corn. He was also preceded in death by a brother, Tommy Corn. He attended Roberson High School and served in the US Army during Vietnam. He had been a resident of Henderson County for the past 23 years and had retired from BorgWarner. He was a member of Skyland Baptist Church.

Papaw Ron you were the greatest Friend and Father-in-Law to me and excepted me into your family whole-heartedly. Rest assured Kevin, myself and our children will try our best to continue your legacy in Hendersonville. We Love and miss you very much and can’t wait to ride with you again someday.

Kevin, Tina, Dorothy and Donnie – I am so very sorry for your loss. It was my privilege to have known Ronald , as it is to know all of you.

I know you all are still in shock, as I am, too; at “our” sudden, unexpected loss.

Please know that my thoughts and prayers arewith each of you.

Ron was such a sweet and caring man. He will be greatly missed. I will keep your family in my thoughts and prayers during this difficult time.

I was in the Ingles last Friday night when Ronald’s sister, Donnie, whom I had never met before Friday, got the news of her brother’s death. She was so clearly distraught. She asked me to pray for Ronald, and I want to assure her that I have been doing so, for Ronald and his family, and for Donnie herself and all family members.

May God hold all of you in His tender loving care.

I called Ron the ambassador of Green Mountain Road He knew everyone and was always willing to help out. We will miss him ripping around on his ATV.

To the children, Dorthy Ann and Donnie, so sorry to hear of Ronalds passing. May God be with you all in a time of loss. We pray you will see him one day and rejoice with him.

Mr. Corn was one of the best neighbors I have had the pleasure of knowing. I resided on Poplar Dr. from Aug 2008-Dec 2010. Our first day there, Mr. Corn came riding through our lawn on his scooter to introduce himself and we thought that was rude because we just came from California where a persons lawn is sacred. :O) We soon would get used to this and even grow to love him. He held that neighborhood together with his helping hand. He was always helping even when he thought no one was looking. I know my old neighborhood will never be the same…who will trim trees and burn the pile of branches, scrape the road after a snow storm, till up a garden for neighborhood use, or ride from house to house just to say hi? Mr. Corn, I really appreciated you as a neighbor and know that East and West Poplar just won’t be the same without you.

Dearest Family, Your in our thoughts and prayers. May God Bless you now and always. Sam & Diane Morgan