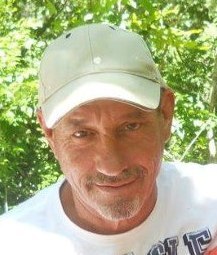 Ronny Dean Hylemon, 53, of Hendersonville, died Sunday, August 19, 2012 at the Elizabeth House after a period of declining health. He was a native of Henderson County and the son of the late Arland and Edna Mae Franklin Hylemon.

He was a building contractor in Henderson County for several years and was a member of New Beginnings Baptist Church.

A funeral will be at 3:00pm Wednesday, August 22, 2012, in the chapel of Forest Lawn Funeral Home with the Rev. Billy Balcom officiating. Burial will follow at Forest Lawn Memorial Park. The family will receive friends from 2-3pm prior to the service in the chapel.

Ronny was like my brother for many years. I have seen him at his best and worst he was always good to me and I will miss him and my prayers are with all of you through these times may God hold you all tight, and know there is a great reunion going on in heaven with Granny Franklin, Paw Franklin, Edna,& Jessica I find comfort in knowing he is in good company. and we will all be reunited someday.