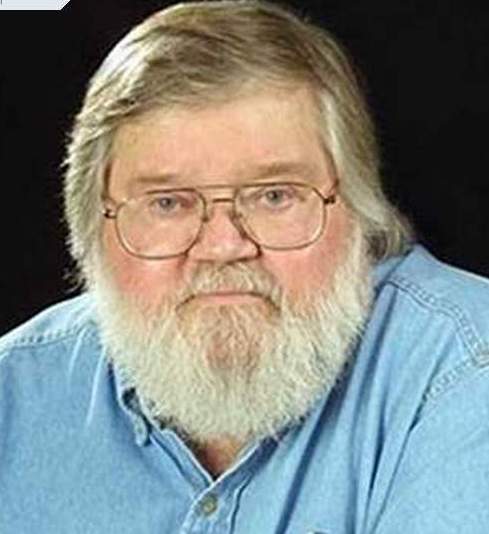 Stephen Morrison Black, 68, of Hendersonville passed away unexpectedly at his home, Friday, August 23, 2013. A native and life-long resident of Henderson County, he was a son of the late David H. and Rubye Garren Black.

He was a columnist for the Times-News for twenty-two years, and was very proud of his time with them. He was a Marine Corps veteran, serving during the Vietnam era, and was an avid reader of military history. He was an advocate of animal rights, and was preceded in death by his beloved dog, Scooter.

Survivors include his loving wife of forty-six and a half years, Joyce Black; a son, David Black of Hendersonville; a daughter, Sarah Black of Swanee, GA; a brother, David C. Black and his wife Joyce of Boca Raton, FL; a sister, Carol Ann Holmes of Pompano Beach, FL; many nieces and nephews, and his little dog, Tater Bug.

A graveside service with military honors will be at 11:00 am Wednesday at Forest Lawn Memorial Park.

In lieu of flowers, please make donations to Brother Wolf Animal Rescue, 31 Glendale Ave., Asheville, NC 28803, or any other no kill animal shelter of your choice.

I will truly miss my dear “Unk”. I have such fond memories of my Aunt Joyce and Uncle Steve. My Unk was a jovial man who always made me smile and laugh. Aunt Joyce was always the “straight man” for his jokes. She would just grin and nod when he made a “funny”. Even though I didn’t get to see Uncle Steve often at all, I so looked forward to the Christmas phone call and to hear him call me sweetheart and tell me that he loved me. I had the pleasure of visiting Uncle Steve on my honeymoon of all things and will treasure my memories of him forever. He was a great man, a great writer, a great father, brother, husband and uncle. I will truly miss you Uncle Steve.

Joyce, we were so sorry to hear of Steves passing. We will always remember coming to your house for a Christmas party and you all coming to our parade parties.

Steve made my time at the Times News an enjoyable experience. Peace and love

He’ll always be Stevie to me. I’m so sorry that he and his good soul are lost to us. I sometimes read a column that he had written in the Times-News and passed it on to friends.

May he rest in peace. And may the family dwell on the joy of his life and not the sadness of his passing.

we miss you and we will miss your column.

We are so sorry to hear that the “borrowed time” has come to an end. When we returned to Hendersonville to stay in 1999, we were pleasantly surprised to find someone writing for the paper who’s feet were on the ground. Stephen was always the first to let us know “the emperor has no clothes!” He reminded us of days past, stood up for the defenseless and always taught us something new. Thanks in a great part to him, we do not have a monstrosity of an “arts center” on King Street. He will be missed.

I am so sorry to hear of Mr. Black’s passing. I have many childhood memories of what a great father and wonderful person he was. Deepest sympathies….

I am so sorry for your loss. My Dad, Stephen Preston Garren, was Stephen’s uncle. I still return to Hville on occasion, and have happy memories of being at Aunt Rubye’s home. May God bless you during this difficult time.

We were so sorry to read about Stephen in the news. (I also write a column for the paper, and knew him and ran into him around town.) Please accept our sympathy for your loss. We have your family in our thoughts.

With sympathy, Mary and Bill Garrison

Doc, the Dog and His 3 Cat Sisters

In memory of OUR FRIEND, STEPHEN. Thank you for being a positive voice for us and helping our plight. We will surely miss you. We hope to meet you on “Rainbow Bridge” someday. Until then, rest in peace,

Deepest sympathy to family and friends. We’ll miss Stephen’s columns regarding animal welfare. He was a true animal advocate to 4-legged “critters.” His service to Country is appreciated and won’t be forgotten. May your sorrow be replaced with peace and beautiful memories.