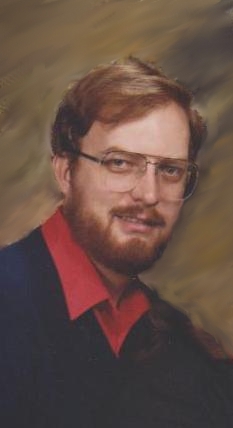 He was a native of Henderson County and a son of Edith Nelson and the late Otto Nelson. He was also preceded in death by his brother, David B. Nelson.

Mr. Nelson served in the U.S. Army during the Vietnam War as a Sergeant in the 82nd Airborne 11th Armored Cavalry Division. He was an avid outdoorsman, loved fishing and was a member of the Western Carolina Archery Association.

Terry loved his family and friends and was a very open, honest and compassionate person.

Along with his mother, Terry is survived by his loving wife of 40 years, Nancy Nelson; sons, Terry J. and Brent C. Nelson; grandchildren, Kayla Moran and Hunter Nelson; and his brother, Robert C. Nelson.

A funeral service will be held at 4:00 PM Thursday, November 14th in the Forest Lawn Funeral Home Chapel with Rev. Robert Garren officiating. The family will receive friends from 2 to 4 PM Thursday at the funeral home.

Nancy: Sorry I could attend Terrys service, we have been out of town. I saw Terry a few weeks ago and we talked for a while. Not only did we work together but we remembered seeing each other growing up in Valley Hill. I shall always remember him and his straight forward approach

Our condolences to the family and friends of Mr.Terry Nelson.

We were co workers at G.E for a number of years,and we know that Terry will be missed by all who knew him.

Doris &I will be keeping Terry and his family and friends in our prayers.

“Those we hold most dear, never truly leave us. They live on in the kindness they showed, the comfort they shared,

and the love they brought into our lives.” – Anonymous

Dearest Brent and the Nelson family,

My deepest love and prayers are being sent to you through this difficult time. May God comfort you by knowing Terry’s amazing legacy and love will still be present and passed on as you carry him in your hearts forever. Love you all!

We are sorry for your loss, may God be with you at this time.

I was shocked to read about Terry’s death. I enjoyed our conversation at the GE Quarter Century event on Nov. 7th. Our thoughts are with your family.

Nancy and all the family, So sorry for your loss. I don’t know what to say,I can’t imagine the pain you are going through at this time of loss.May the Lord give you comfort and peace in the days to come.I know it will be hard and you’re going to miss him so much.Cherish all the good times you shared as a family.He loved you so much and the boys and grandchildren also.We will keep you in our prayers. Sharon and Tommy King

ìPraise be to the God and Father of our Lord Jesus Christ, the Father of compassion and the God of all comfort, who comforts us in all our troubles, so that we can comfort those in any trouble with the comfort we ourselves have received from God.î

Please know that you and your family are in our thoughts and prayers. May the grace of God comfort you during this time.

Our thoughts & prayers are with you