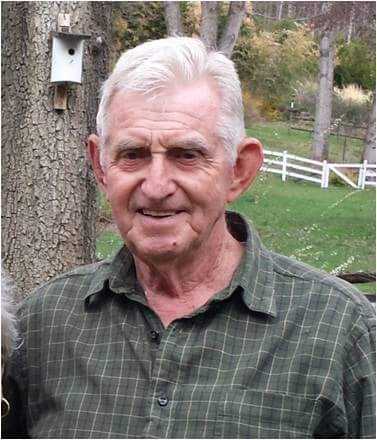 Walter Carl Grier, of Hendersonville went home to be with the Lord on Wednesday, February 23, 2022 following a short illness.  Carl was born in Holly Springs MS to Bernard and Ethel Grier. He was preceded in death by two sisters, Mellie Frankum and Louise Borne and two brothers, Walker Grier and Mac Grier.

Carl spent two years in the Army and six years as a aircraft mechanic in the Air Force.  He also served in the Korean War.  They traveled the world during this time and enjoyed the time they had in the military.

Carl was an avid gardener who showed his love for the Lord by giving to others.  There was hardly a time when someone visited that they didn’t go home with vegetables from his garden.  He loved using his hands for woodworking and was very creative and designed many distinctive and unique items. Another love of his was daylilies.  Many people in Henderson County have daylilies in their yard because Carl just had to give them some to enjoy!

In lieu of flowers, memorial contributions can be made to Fletcher First Baptist Church.

Mr. Grier is loved by my whole family. He touched our lives with stories, good humor, kindness, and lots of gardening advice. His work ethic was humbling and a true inspiration. I am forever in gratitude and blessed to have known Walter Grier. Our thoughts and prayers are with Betty and the family. May God provide you comfort during this time.

My heart and prayers go out to all the family. Bless each of you during this time

Betty and family. Words cannot express how much we loved Carl and what great admiration we have always had for this wonderful kind and loving man. Such a generous soul and God loving. Our thoughts and prayers are with your whole family at this difficult time. Betty we love you and your family always. May our Lord and Savior Jesus Christ give you comfort and peace in knowing he is forever at peace with the Father. Much love.
Bo and Irene Martin.